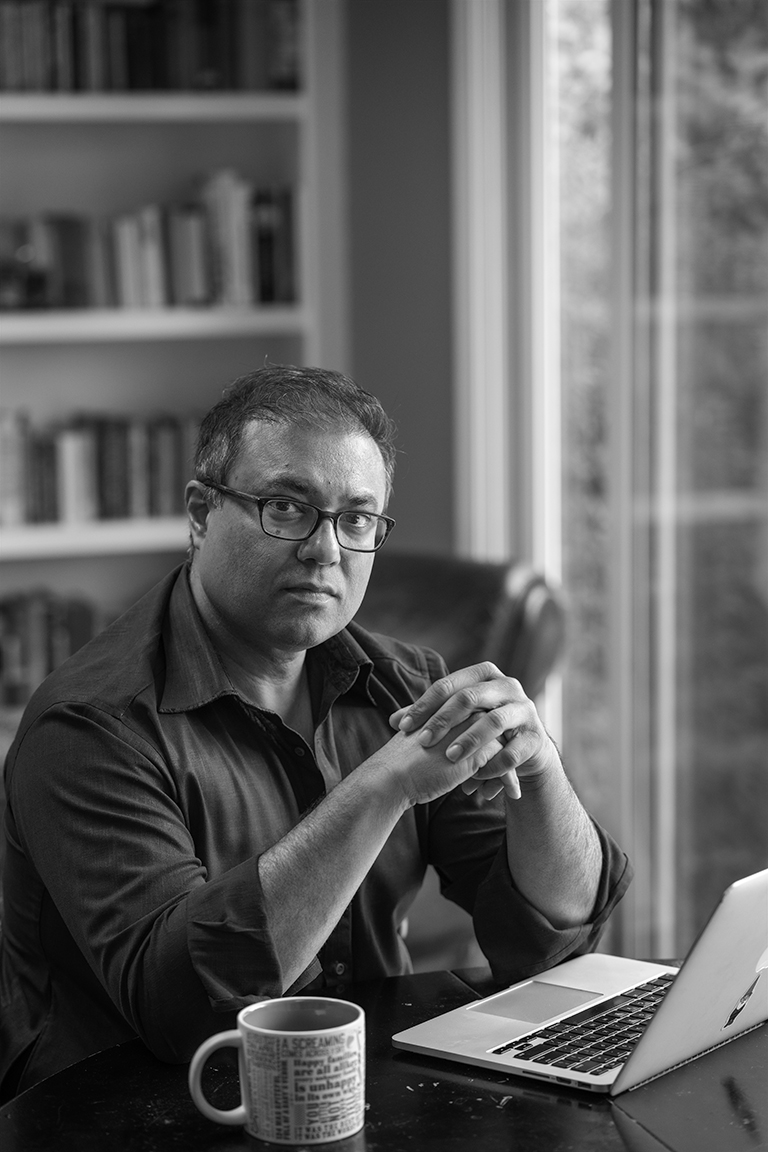 Entrepreneur, Mentor and Co-Founder of Zareen’s

My name is Umair Khan. I am an entrepreneur from Pakistan, a Silicon Valley based seed investor, and co-founder with my wife of Zareen’s Restaurant.

I came here as a student from Karachi back in the late 80s. I was lucky enough to be accepted at MIT.  I and Zareen met when we were in high school. So we had a very expensive AT&T enabled relationship for four years, at $3.50 per minute per call. Then at the end of those fours, we got married and I came back for graduate school at MIT. I was on F1 student visa, but she was on F4 which is “spouse of student” visa –  the lowest rung in the visa totem pole. She wasn’t allowed to work. She was an MBA, had worked at big companies in Pakistan and suddenly, she was homebound. But then luckily, she applied to Northeastern and became a graduate student.

I was sponsored for my H1 by Intel. I had four great years at Intel but then I left my green card application to go start my own my company. Zareen was very supportive, although in hindsight, we both think only 28-year-old idiots would abandon a green card application to jump into a poorly funded startup. Still it all worked out: I did my startup and eventually got my citizenship. In the current political climate, I would not have left Intel for anything.  Back then, there was a sense of safety that if you do the right thing, the system will stand by you: you would go from F1 to H1 to green card, to, after many years, citizenship. It will all work out. That sense is gone now.  So all that we have contributed to this country with our businesses, that would not be possible today.

This spring, I started as a visiting professor at Berkeley, teaching entrepreneurship to philosophers and poets and artists and scientists. I want to help them be the entrepreneurs who can hopefully solve the world’s biggest problems. Because the thorniest problems facing humanity will be solved by arts and humanities majors, not, I think, by the Wall Street types or even by techie types like me. Having been a high school teacher when I was 17, this is a very exciting “coming full circle” moment for me.

My secret to doing so many ventures is simple; I find great people and then find excuses to work with them.

There are a lot of great things about this country, but for me, as a former school teacher and current college lecturer, the greatest thing about America is the college educational system. That’s what attracted me to America. Growing up in Pakistan, we all dreamed of the big name colleges. That is America’s great magnet for the best minds in the world. Sadly, this is the first time last year that applications of international students are down compared to the year before. That’s never happened. And that is a very worrying statistic.

I came here in the late 80s from a conservative society:  I was a somewhat conservative person. Over an arc of 30 years, I’ve become increasingly progressive, a full on avocado-loving, tree-hugging, liberal. And so for me, it’s been bitter sweet that the country that taught me to be more progressive and open, has been going the other way. Our arcs intersected in the middle somewhere some time ago.

When I came here, I came from a society in Pakistan that was stratified. As a Sunni, Muslim, economically well-off male, I was in the privileged majority, the top strata, and there were others around me who were excluded from many opportunities. Then I came to the US and found I was no longer part of the “top of the ladder majority”. And yet I was included in everything, I was in a largely merit based, largely open society. Being an immigrant and a minority was never a handicap.

Now, we have become more polarized. Conservatism has devolved into racism and xenophobia and out and out exclusion of “the other”.  If the majority in America try to conserve things this way, there may soon be little left to conserve.