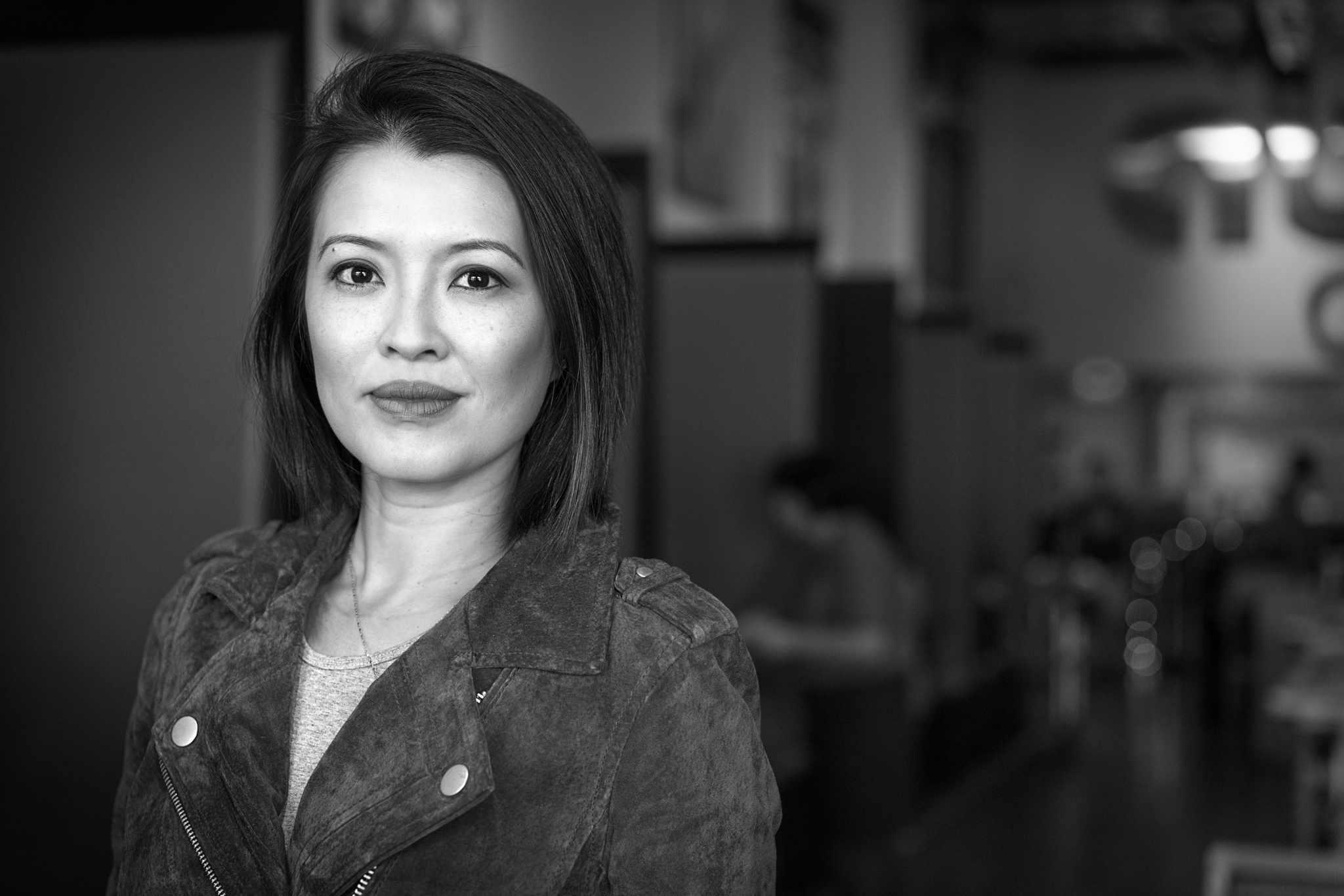 I was born in Hong Kong in 1980. My dad was a journalist there, working for a newspaper company. I don’t know if people know, but Hong Kong actually belongs to Great Britain and 1997 was the year that China was going to take Hong Kong back into the territory. I think in about ‘88 my dad was kind of, “We can’t wait until ‘97, we have to leave. We can no longer stay here.” Basically, he doesn’t trust the government, he doesn’t trust China. “I don’t want you guys to live under those terms so we’re going to decide to move.”

I still remember it because I was only seven or eight and I didn’t really know all the politics and all that stuff. I just remembered saying, “I don’t want to leave. This is my home, this is my hometown and I don’t know anything else.” And I remember my dad saying, “You don’t understand now, but you’ll understand later.” He basically told me we had to start over. My parents had to leave their good jobs. Because of the government, because of what he kind of foreseen that’s going to happen in Hong Kong, he didn’t want us to stay there anymore. He wanted to bring us to America. He wanted freedom. He wanted us to have that.

Basically, he left first. He came here and he found a job and he got a work visa from a newspaper company here who hired him. And my mom and me and my sister came a little bit later. We just came here as family, just vacation or something and we stayed, probably illegally for a little bit.

In a weird way, after coming here for like five, six years, I already felt at home. I never looked at myself like I’m an alien because people here didn’t ever make me feel like that. I always felt welcome. The biggest barrier for me was language. It’s like being born again because you’re learning a whole different language. When we first moved here, we were living in San Francisco. We were living in someone’s in-law unit, in a garage for a while, and then we moved to Concord. I remember going there, my parents said, “I’m sending you to school that you’re not going to see a lot of familiar faces. You’re not going to see people like you. They’re not going to have black hair, same skin, they’re not Asian. You’re going to see a totally different — but it’s okay. You guys are going to be friends, you guys are going to learn from them and you got to integrate to their culture and they’re going to learn about your culture.” We were in America now. He wanted me to live like I was an American

When my dad first came here, he was like, “There’s something’s missing. It’s that everyday comfort food and that’s what I’m used to,” that’s what he’s used to because in Hong Kong people eat from morning to like late-night. It just doesn’t stop. Restaurants open till like 3:00 in the morning. People are still eating at that time so that was the lifestyle back in Hong Kong, He was like, “Something is missing.”

He saved a bit of money and he asked my mom — I remember it was ’89, we were here for a year already and he said, “There’s a little bakery that’s on sale in San Francisco, should we buy it?” I think back then it was like $20,000 or something, but that was probably everything they have saved up. He’s like, “Let’s take a risk, our kids are still young, should we just do it?” I think in his thought it was just we have nothing to lose, our family, we’re all here, we love each other, let’s just do it. And my mom said, “Okay, that’s everything we have. Win or lose, we’re going to do it together.”

So, they purchased this little bakery on Stockton Street and that was it. That was their little American dream and they purchased this bakery and basically they worked every day. My dad would just write little menus. He was very into calligraphy so he wrote out everything that they sold. He would think of new menus, starting from the bakery and the goods and the coffee and the milk tea. Then he started doing the comfort food, the noodles, the soup. He started hiring new people to do that kind of stuff. That’s kind of how we started the cafe and the comfort food, the Hong Kong style café.

He did that and we had three bakery cafes and then we had two big Chinese restaurants.

Now, I’m carrying on his restaurant business. As restaurant owner, I hire a lot of people. I know that people that we hire a lot of them are new immigrants. They’re like, “Oh my God I literally just hopped in a plane like a week ago and we’re looking for a job,” I’m like, “That’s okay.” “But I can’t speak English. I have no job experience.” I think that we kind of provide that confidence for them like it’s okay. Everyone here are immigrants. We were all born somewhere else. We were all born in another country and we all started somewhere and we’re all here to help.

We all know when we first came, if anyone tells you that it’s not scary, it’s a lie. Of course, it’s scary. What if you’re lost? How do I get around? Hong Kong is super small compared to the United States. It’s a tiny little country. And coming here it’s so big and everywhere you go you need a car. But I will do anything to help immigrants because I’ve been there.

A lot has changed since we came here and I think if I was an immigrant, I would be scared. I’m feeling a little bit vulnerable here now with the recent incidences of hate crimes against Asians and the way immigrants have been portrayed. It feels like they don’t want any immigrants here and they feel like the immigrants here are taking, which is nonsense. We’re all just living and providing for our family.

I think we take a lot of what we have for granted every day. I think my dad always told me, he always went back to China when we were younger and I always wondered why. After we got our green card, we would go back and he would just bring us back and he said, “I just don’t want you to forget where you came from. You having water every day, you can just drink tap water. You have a roof over your head. Look at the people here. Do you see them complaining? What are we complaining about? You complain that you have this house, you have clean water, you have food, you have whatever provided, you’re throwing food away, wasting food every day, and why are we complaining?”

We have it so much better than other people. I think one day we would love to bring our kids back and show them that there’s so many places in this world that people are not as privileged as we are. I’m not only talking about privilege, I mean just having simple basic things in life, it’s pretty amazing.