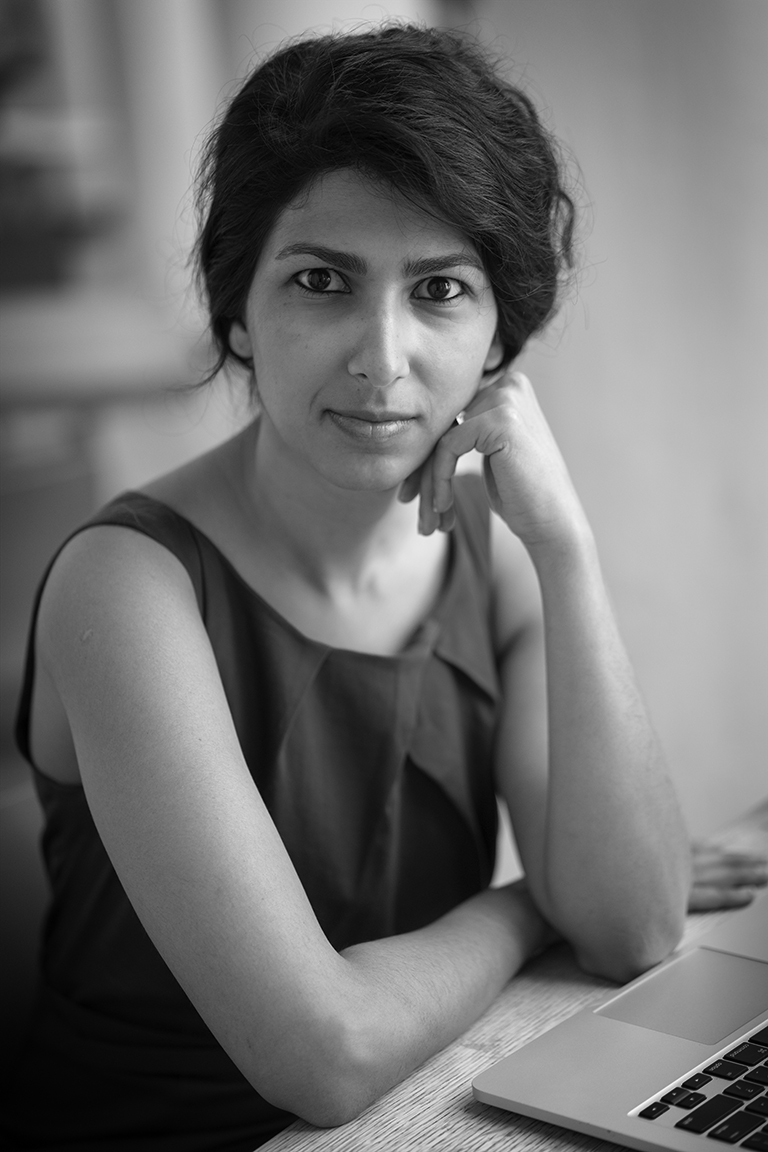 My name is Sanaz Motahari. I’m from Iran, originally.

I moved to Canada first when I was 16. There, I did a year of high school and then I applied to University of Toronto for my undergraduate degree. Through that process, I was able to get a Canadian citizenship. With that Canadian citizenship, it was easier for me to apply and come here.

Although, I will say that from what I’ve seen from my friends who studied in Iran, once you get an admission to a university, you are able to fairly easily get a student visa to come to the States and study. But the whole process, from getting that student visa through actually a residency (a green card), is a long and tedious process. You have to fly to another country to apply because there’s a lack of diplomatic relations, there’s no embassy in our country.  So, that process I would is definitely more difficult for Iranians than other countries.

I studied engineering science in University of Toronto as my undergrad program, which is kind of a unique program in that you study for eight different specialties in the first two years and then you choose one to pursue in the third and fourth year. I chose to pursue electrical engineering. I then applied to Stanford for an electrical engineering master’s program so that’s how I moved here. I went through the visa process, I got an F1 visa and I moved here for my master’s education. After two years, I graduated in 2009 with a master’s.

I was lucky because right as I was graduating, they introduced the STEM program, which is an extension to a work period. With an F1 visa, you have the ability to work for about 16 months if you apply for it out of school. With this STEM, you can extend that 16 months for another 27 months. With that F1 visa, you’re able to find a job out of school and pursue that. But once that expires, you need to leave. You need to prepare ahead of time to apply for a work visa.

That work visa, the H-1B visa is a lottery system. I got lucky because the year I applied there weren’t that many applications so everyone who applied got a visa. It was right around the housing crisis and the market collapse, so employment was hard then. After that, I applied for a green card through my employer, which also took about four years.

In that period, my H-1B was running out and my green card hadn’t gone through yet. Again, I was lucky in that sense because I was able to go on a TN visa, which is a temporary visa between Canada and the US, and the US and Mexico. They have a treaty that you can apply for a visa through that. But it’s a maze of visas.

I started a company with my cofounder two and a half years ago. We have an intelligent platform for improving patient retention in clinical trials. We work with pharmaceutical companies to support patients through very long and complex clinical trials and make sure that they’re getting the help they need, the education they need, and they come out of the clinical trial with the least burden.

This application is basically hosting all the information the patient needs about the clinical trial. Once they enroll in a clinical trial, which is usually three to five year process with a lot of tests and a lot of activities that you need to do, we would distribute that application to those patients. They would be able to use it to understand what they need to do on a daily basis. They can manage their appointments and so on. On the patient’s side, it’s valuable because it’s their companion throughout the trial and helps them through the process. We also have a dashboard for the clinics that are managing the clinical trials. So, they’re able to monitor patients communicate with them easily.

But if I had to go through all these hoops of immigration, it would but a lot harder now. A lot of my family and friends are impacted in a significant way because the travel ban means they’re not issuing visas to anyone, unless they have admission from university. I have friends who are getting married or who are giving birth, and their families can’t be there with them. I’m getting married in a month and half and my close family members can’t make it. Although, thankfully, my parents and grandparents can make it, there’s still a lot of my family that I would have loved to be there on that day.

This diplomatic situation between Iran and America has been going on for a long time so a lot of people try to prepare for that by taking steps. For example, when we went to Canada, my parents also got Canadian citizenship so they’re able to come to the US. My grandparents, they were able to get citizenship through their children who had moved to the US 20, 30 years ago.

This makes it easier, but you have to have special circumstances to get there. For the majority of people, the travel ban affects families in a terrible way. What people might not understand is the process is so extreme already. There are so many levels of vetting. Even before these visa regulations, it was really hard to get a visa. There were a lot of people who were getting rejected already, and I think that point gets lost. Without having gone through it, you don’t necessarily have that context. And it doesn’t get explained in the national discussion.

In Iran, in general, people are able to separate the people from the government. My hope for the US is that people in America are able to do that as well because the government of Iran is not a representative of the entire country. It is for a subset, but it’s not everyone.  I think it would be a misconception to assume everyone in the US has the same viewpoints as the person who’s leading.

I have stopped guessing at this point why people are trying to decrease the number of H1B visas or visas for entrepreneurs. It seems that they are trying to control the diversity of the country. But part of what makes America great is the good that we can all do as a community. Making America great again isn’t limiting that population to just one group. If we value merit as a country, that we should give that opportunity to anyone who can bring that. We would all benefit from that. The community as a whole and the country as a whole will benefit from that.