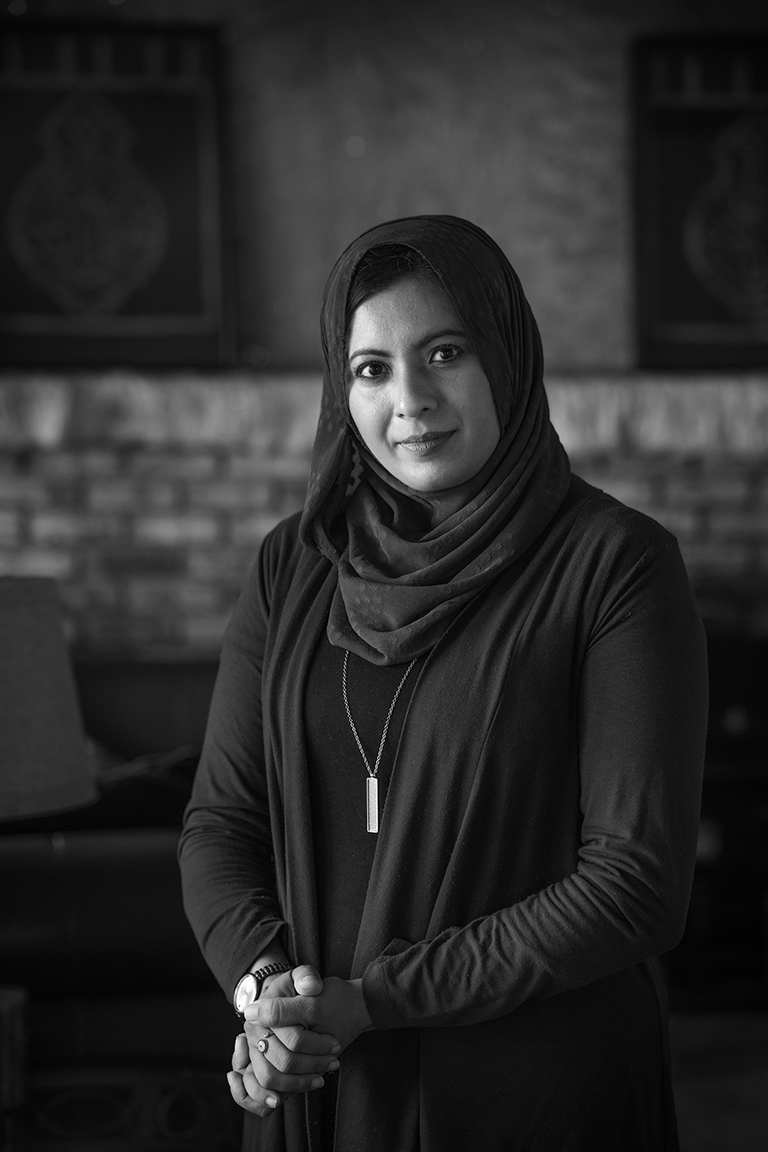 My name is Saadia Hameed. I was born in Palo Alto, California but my family is from Hyderabad, India. Currently, I’m a School Psychologist and provide counseling to elementary and middle school students.

For the past 5 years, I have also been involved in humanitarian work in Jordan with Syrian refugee widows and orphans.

I’m a part of a team from the Bay Area; it’s called the Care Program for Refugees apart of the AlAlusi Foundation, a nonprofit organization that provides humanitarian aid throughout the world. As part of that team, we travel to Amman, Jordan once a year to teach courses for professionals that are working directly with refugees. I’ve also developed play rooms which I filled with toys, art supplies, sports equipment and board games at centers where Syrian refugee children live. I did one about two years ago, for five orphans who were severely injured and showed signs of depression as well as PTSD.  I saw how this playroom really changed their day-to-day lives.

Then, with Al Alusi Foundation, I began a larger project at a residential center where there are 90 refugee children and about 30 widows. That project is called the Rooms of Resilience project which focuses on creating different rooms to help children overcome trauma. The first phase completed was a backyard which included a soccer field, a basketball court, and a play structure. The second phase was a prayer room. The next three phases include a computer room, an art room, and a recreational toy room.

We are half way done with the project which hopefully, will be a protocol to help other centers that want to support refugee children or orphans around the world become resilient. We’re helping them heal and rebuild their lives through different modalities. This project gave me a sense of purpose and meaning in my life.

I have visited Amman about eight times. Emotionally, it’s been really heartfelt and life changing experience. I have become attached to some of the orphans. Their stories are heart breaking. It’s been a really great experience to have the opportunity to help the children and see that something as little as a soccer field can really change these children’s lives. I just visited Amman two weeks ago. I saw the children’s face light up and heard their laughter while they were playing in the backyard and practicing soccer. It has been amazing to see how this project is helping these children move on from their past memories and find happiness where they are today. This project provides hope for a better future for the widows and their children, regardless of what turmoil they’ve been through, they can recover.

In Jordan, I have seen significant cases where children have been through traumatic grief from witnessing their parents or other people die in front of their eyes. In the states, I also see children that have been traumatized in different ways. Although, the types of trauma my students in the schools have witnessed is often different than refugee children, the symptoms of trauma can be similar. I can apply what I learned from my work in Jordon to the students here. My work in Jordan has really motivated me, it has helped me understand true resiliency and that regardless of what challenges children have faced, they can recover and find happiness.

On my way back from Jordan, at times, I have experienced some trouble getting back into this country. I wear a headscarf which quickly identifies me as a Muslim.

Sometimes, at the airports, I would be asked why I’m wearing my scarf. On one occasion, I was told if it’s for fashion, they said they could let me go, but if it’s for religion, they have to do more screening. When I travel to Jordan, I often get questioned and patted down.

During the travel ban, I was told that if I go to Jordan, there is going to be a high amount of risk. I remember I would be up at night — like two weeks before my trip every single night and question whether I should be going or not because even though I am a U.S. citizen, there was a lot of detention that was going on, there wasn’t a lot of respect for human rights during that time. I was about to cancel my trip; but even with the anxiety, I still went.  When traveling, in the back of my mind, I worry about what am I going to go through in customs? And often times it’s not as bad as what was in my mind.

During the last administration I would get a lot more looks and stares, and a lot more questions at the airport. If I had a chance to talk to some of these people who stared at me with hostility, I would tell them that I’m probably the opposite of what they feel I am. There’s nothing to be fearful of; I work with children, supporting them and their families in our country. These are American children and families that I’m dedicating my life to support. And I’m really a kind, empathetic person if you really got to know me. And so I’m really the opposite of what the media has portrayed us.