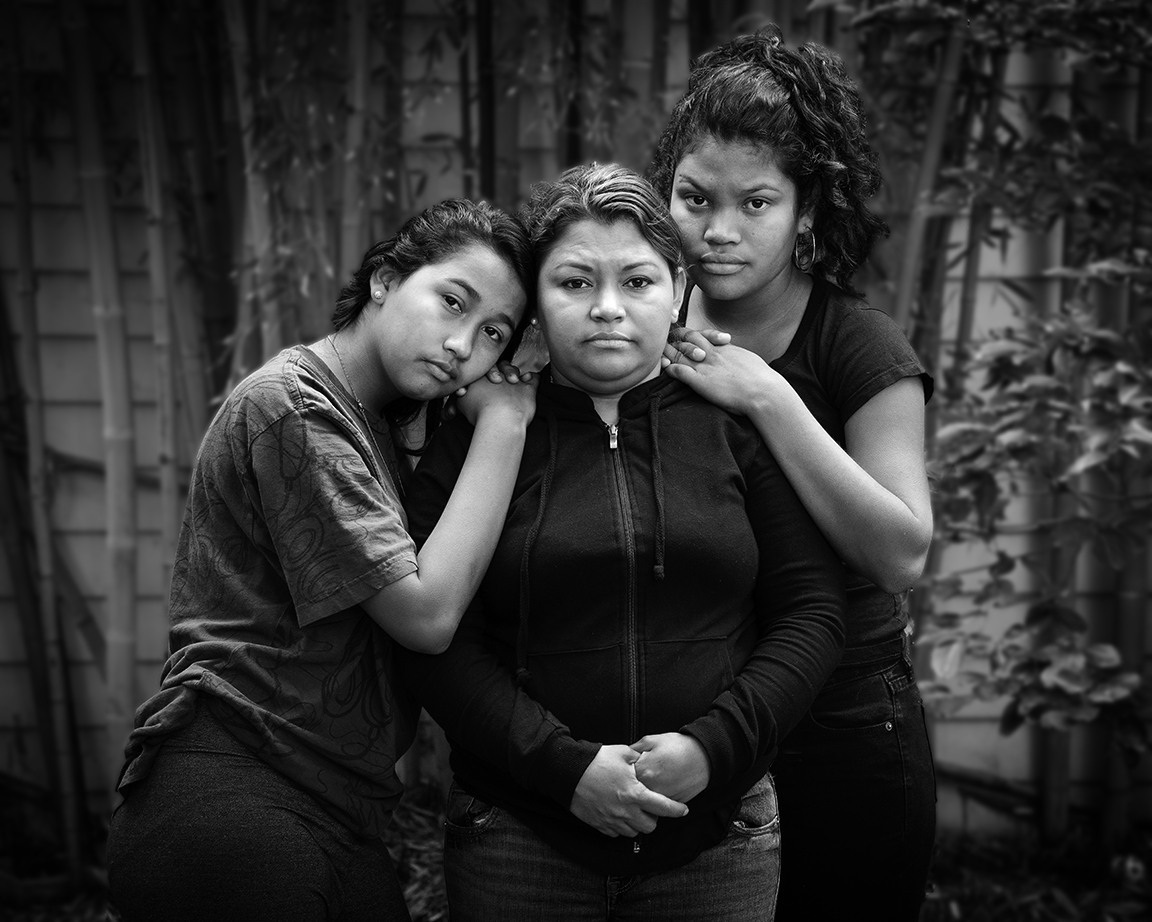 My name is Olga Martinez and I am from Honduras. I came here to the US to seek asylum due to domestic violence.

My partner, whenever he felt like it, would hit me. Same with my children. If I tried to interfere he would beat me.

When he would kick me out of the home, I would go to my family for support, but they wouldn’t help me.  He also threatened that if I didn’t return with him, he would take away my youngest daughter, Fabiola, who is his daughter as well.

He raped me. And if I didn’t do what he asked or what he wanted me to do, he would hit me in the face and claim that I had another partner.

My daughters do say that my partner sexually abused them as well. I don’t know in what form, what time that would happen, but I’m assuming when I would leave the house to run errands or work.

When my oldest daughter was 12, it was the first time that she told me that she was being sexually abused by my partner and we immediately packed up and left that house. And then we went to go live on our own. But he constantly threatened me with taking away my youngest daughter Fabiola.

I had moved out to live on our own. At one point, he came to visit Fabiola while Michelle was also in the home, my oldest daughter, and she told me afterwards that he wanted to sexually abuse her. That happened right before we decided to leave. I assured my oldest daughter that I was saving money in order for us to be able to leave.

We arrived to a house of migrants at the border in Tijuana. We didn’t want to be there any longer and since there were so many people going through the entry points of inspection, we decided to jump over the wall because we knew that they would stop us and at that point, we would be processed quicker than if we waited to go through. The five of us did that, my four children and myself.

We shouldn’t be treated like criminals because we are people who are coming for the safety of our children.

I spent a month in prison before transferring to a third detention center. At that third location is where I had my asylum interview.

I can’t return to my country. My ex-partner will never leave me in peace and I’m at risk of being harmed. Here I’m safe and I can protect my children. If I’m given the opportunity to stay, my goal is to work and support my children and fight for my children.

I want them to study and to have a good education so that they don’t suffer through the things I had to suffer.

Yes, I’m thankful to God that I’m here now and I don’t have to go through what those people are going through now at the border. I believe that everyone has a right to the opportunity to fight their case and fight for their rights to stay here. The administration accuses people and they don’t understand that these people are coming out of necessity and not because they want to. If we had the opportunities in our country, we would have stayed.