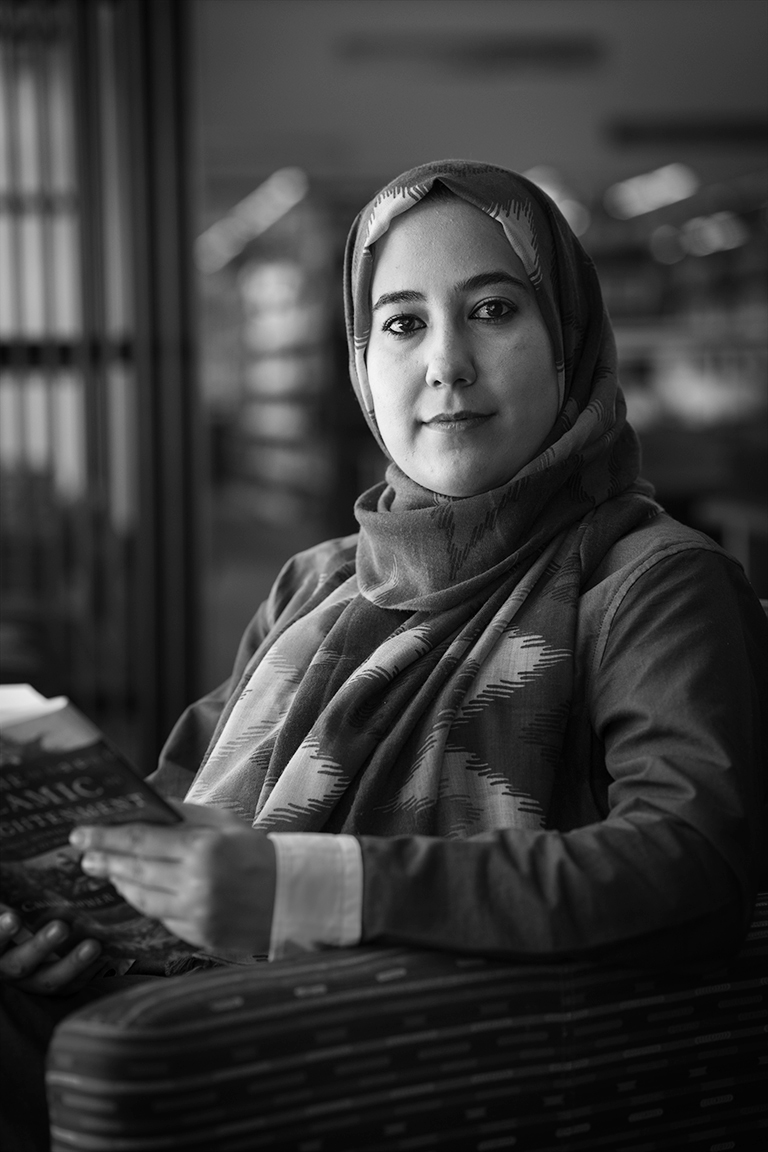 I’m Nastaran Karimi, but I just go by Nast here. I’m from Iran and I’ve been in the US for eight years now since 2010.  I came here for grad school to pursue a Ph.D. in Education. Before that, I was in England where I did received my Master’s degree. I come from a family where everyone has done some sort of a degree somewhere in the world, so that was something from a very young child that was always one of my goals. The US has some of the best universities in the world.

It was hard coming from Iran to the US. There’s this rhetoric that the vetting process is not rigorous enough. It is hard and it is rigorous.  Since Iran and the US don’t have any political relations with each other, we don’t have embassies in each country. So for us Iranians to come here, we needed to go to travel to another country just to get the visa. Once we apply for the visa and we go to that country, we have to pay the fees and everything which is not cheap. It’s expensive and it’s even hard to get the appointment because we’re not in our own country. We only have one day allocated for Iranians so it’s really hard to just get an appointment.

Once you get the appointment and interview, you have to fill out forms of basically your entire life. It asks where have you lived, where have you been, what have you done all throughout your life — you, your parents, your siblings, everyone. It’s a very detailed procedure. And then you have an on-site interview where you interview with the counsellor.

After that, we have a background check or FBI check. And it takes months and months for the government to check up on you, and we don’t know how long it’s going to take. It’s a procedure where we have to wait and see what happens. Usually, it takes a couple of months. We have had cases that takes up to a year or more. For me, it took three months.

Once you get the background check, then you have to travel again to the country to have the visa stamped in your passport and come to the US. And once you enter the US, then again there’s another interview that they ask you why are you here and what you are doing here. So it’s a very long, rigorous process. Usually when we talk to people, they have no clue what we need to go through to get here. Having been through the immigration process, I don’t think much more can be done to make it even more rigorous. For us, it’s been very hard. It’s been emotionally very taxing.

To be honest, at this point, I don’t know if it was worth it. As I said, the quality of education is valuable and it will always be valuable for me, but based on my experiences now maybe I would have chosen another country. Because it hasn’t been worth being away from my family. It hasn’t been worth the pressure that even when my parents want to visit me, they have to go to a third country and apply for the visa. Besides the financial aspect which is very expensive, it’s the hassle, the time, the stress that goes into immigrating. Just not being able to go back home is huge because it’s very, very hard.

I have been applying for jobs recently, and I’ve applied for jobs in Canada, in England. I actually got an interview for a university in England, but then I emailed them and said I can’t leave the US. So even for doing an interview to get a job somewhere else, I can’t leave. Then they said that they understood, but for now they were going to continue with the procedure because they needed to interview people on-site. And that makes sense, that’s part of the process. So that’s a challenge. Maybe I need to find a job in the US to get a work visa, and then move elsewhere because for now I can’t even leave the country.

I remember when the first ban came out. My friends and I in the Iranian community kept texting, emailing, calling each other, “Can you get any work done?”

And we were like, “No, it’s been a week that I’ve just been refreshing news pages just to know what’s going on, what’s going to happen next.”

At least for now we’re not being deported. Our life isn’t drastically going to change at this particular moment, but I cannot imagine what’s going to happen for someone that their entire life could change in the blink of an eye. At our university, we had a workshop on this topic and it was for people to talk about their emotions. This girl, she was a master’s student, talked about how her father was detained and was waiting for their decision to be deported or not. I remembering thinking, she’s just 24 years old and she’s stuck thinking she might not see her father again. I cannot even imagine if I was going through that.

Because of the hostile political environment between our two countries, both sides don’t know a lot about each other. I really don’t care about the political aspect, that can happen like politicians could do whatever they want, but people need to know each other. Peoples of both countries need to know each other, need to hear each other’s stories. And once they do they would see that there are so much similarities. They have so much in common. They have so much to share, so much to learn from each other. I think that’s the missing link. What’s missing is people from both countries hearing from each other, just listening to each other, listening to each other’s stories, and I think that’s a huge contribution.

All throughout my graduate career, that’s been one of the things that I’ve been very passionate about is creating that dialogue in different ways. I’ve been active in multiple organizations and all throughout that has been my passion, just to promote that dialogue. I used to be a member of the Iranian Cultural Club which we actually did a photo exhibition on Iran; the landscape, the culture, the different aspects of Iran for people to come and see and say this is what the country looks like. It’s not what you see on the media. And as I said, all throughout, at least the eight years that I’ve been in the US, that’s what I’ve been trying to do; is promote some sort of a dialogue. Whether it’s through photo exhibition or it’s through art or movies, like movie nights, things like that. Anything that could promote that dialogue, I’ve been part of it.

I understand that people who are anti-immigration are worried about the country. But if you listen to people carefully and with compassion, you would see how much you would have in common with other people. Once you hear people’s stories, you would see that you have a lot of pain, joy, everything in common with the other person. And you could see that, for example, the kid that might be deported or separated from their family could be your kid and try to empathize with that.

One of the things that I think makes this country unique is its diversity. You could be living in a small town somewhere, and you could know the world because you would have neighbors from all over the world. You have different cultures, you have different festivals. I think that rests on the fact that it’s a nation of immigrants. The nation was established on people coming from different parts of the world and living side by side, and I think that’s the essence of it. That’s what makes it unique compared to almost most of the countries in the world. And that’s what separates it, what makes it unique.

I hope that that’s preserved for future generations, that this is still a country that’s very diverse and a country that opens its arms to people. That’s what I really love about America.