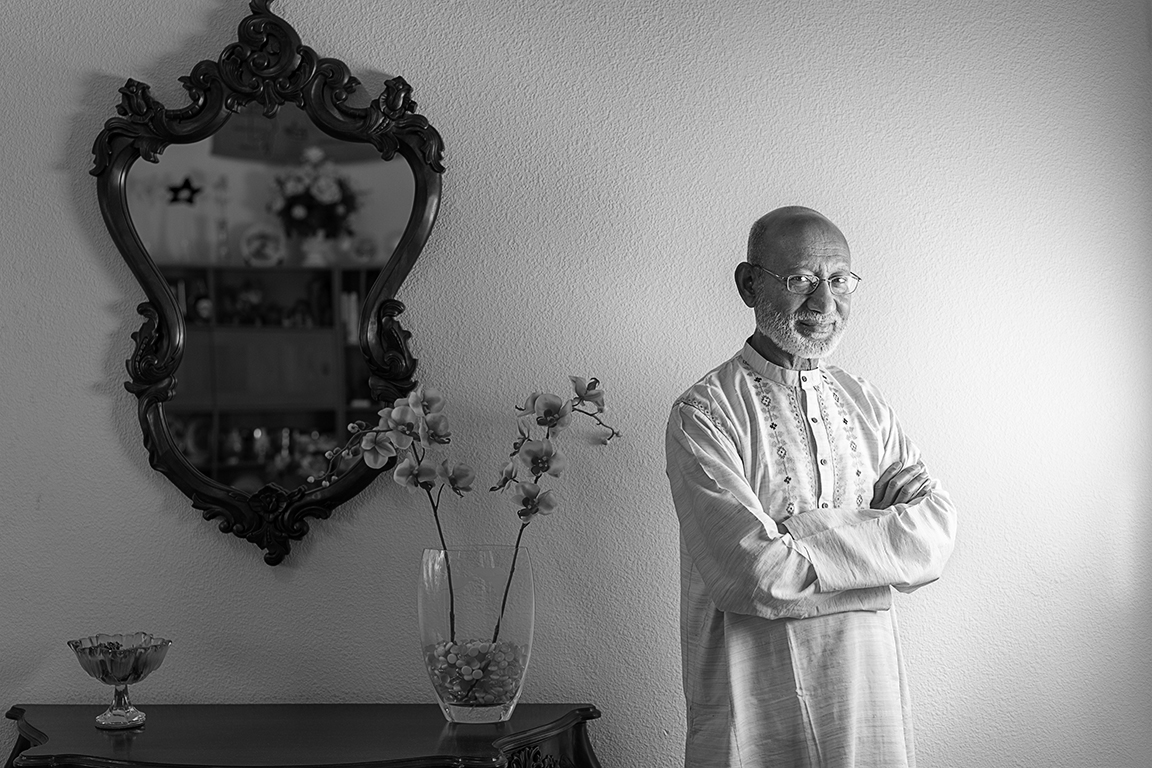 I am very fortunate being blessed by God. I was born in Manikganj 40 miles away from Dhaka, Bangladesh in 1947 and graduated in Mechanical Engineering from Bangladesh University of Engineering & Technology, the MIT of Bangladesh, in 1969. While working as Project Director for the first automated project financed by IDA, I managed the technical experts from overseas including USA.

In 1977, I left the country to attend University of Wyoming in Laramie for a master’s program in Mechanical Engineering, being awarded a scholarship by Rotary International, leaving behind my newly married wife who joined me one year later.

After I graduated in 1979, having switched to Industrial Management after I realized I had a true knack and love for it, I planned to go back home. However, my advisor, who observed a great potential in me to continue higher education, convinced and supported me to enroll in PhD program in Industrial Engineering at Arizona State University.

To fulfill the requirements of the PhD program, I was sent to GI Microelectronics on internship program. During this program I researched and proposed for an automated data collection and data analysis system which would significantly improve yield and reduce total operational cost. Because of this proposal in addition to my proven work ethic and skills, I was offered a job as a Principal Product Engineer, which paved the way for a green card and eventual US citizenship.

During my long career in semiconductor industry, including General Electric, Intel, Advanced Micro Devices and National Semiconductor, I moved my wife and four children all around the US, eventually landing in the S.F. Bay Area in California, where we’ve been for over twenty years. In that time, I always tried to fulfill my goal and ambition of living for others, fueled by my faith as a practicing Muslim.

I was instrumental in starting Silicon Valley chapter of AABEA, American Association of Bangladeshi Engineers and Architects, and became President of the Central Executive Committee. This helped establish SBIT, Silicon Bangla Information Technology, which paved the way for Bangladeshi IT professionals to collaborate with US companies. I was also instrumental in establishing ECHO, which stands for Educational, Charitable and Humanitarian Organization, to provide aid to less fortunate people in Bangladesh and other parts of South Asia.

I was part of a team who established the first funeral services for Bay Area Muslims, and volunteering to organize body-washing and burial of our recently passed away community members. However, the work that affects me the most personally is what I do around mental health. After my son got diagnosed as schizoaffective at the age of 21, I dropped everything to understand something that I knew close to nothing about. My wife and I joined NAMI (National Alliance on Mental Illness) and took their 12-week boot camp on mental health. Since then, taking care of my son and family are my #1 priority, and I schedule my entire life around them, my five daily prayers and helping others any way I can.

Because mental health is so deeply stigmatized in America and in the Muslim community, parents often come to us when they are worried someone in their family may have a mental illness and we talk it through. This had led to me being on the Advisory board of Khalil Center, a mental health center for Muslims under the guidance of Dr. Rania of Stanford University.

In Islam, we are taught that you must excel in everything you do, most importantly, through your acts of service for others. Islam was revealed to us through Prophet Muhammad. He was not just a prophet but a caretaker of the community and a loving husband and father. In his time, Islam was spread not from violence but from the kind actions and behavior of the Prophet and those who became Muslim because of him.

Since leaving Bangladesh in 1977, I have lived through three cycles of Islamophobia. Before, it was hidden. Now, people are more open about how they feel, following the example of our former President. If people knew what true Islam was, there would be no hostility towards Muslims because they would understand our religion and what it stands for. The Arabic root word for Islam means submission, obedience, peace, and purity. This is something I always convey when I sit at our “Why Islam” booth on Saturday mornings in the neighborhood farmers market and answer any question anyone has about Islam. And in my 72 years of living, I seek to practice in all aspects of my life – my work, spiritual, relational and emotional life, no matter what calamity may face me. I learned walking through life, we are born for a purpose – not just to help ourselves, but to help others as well.