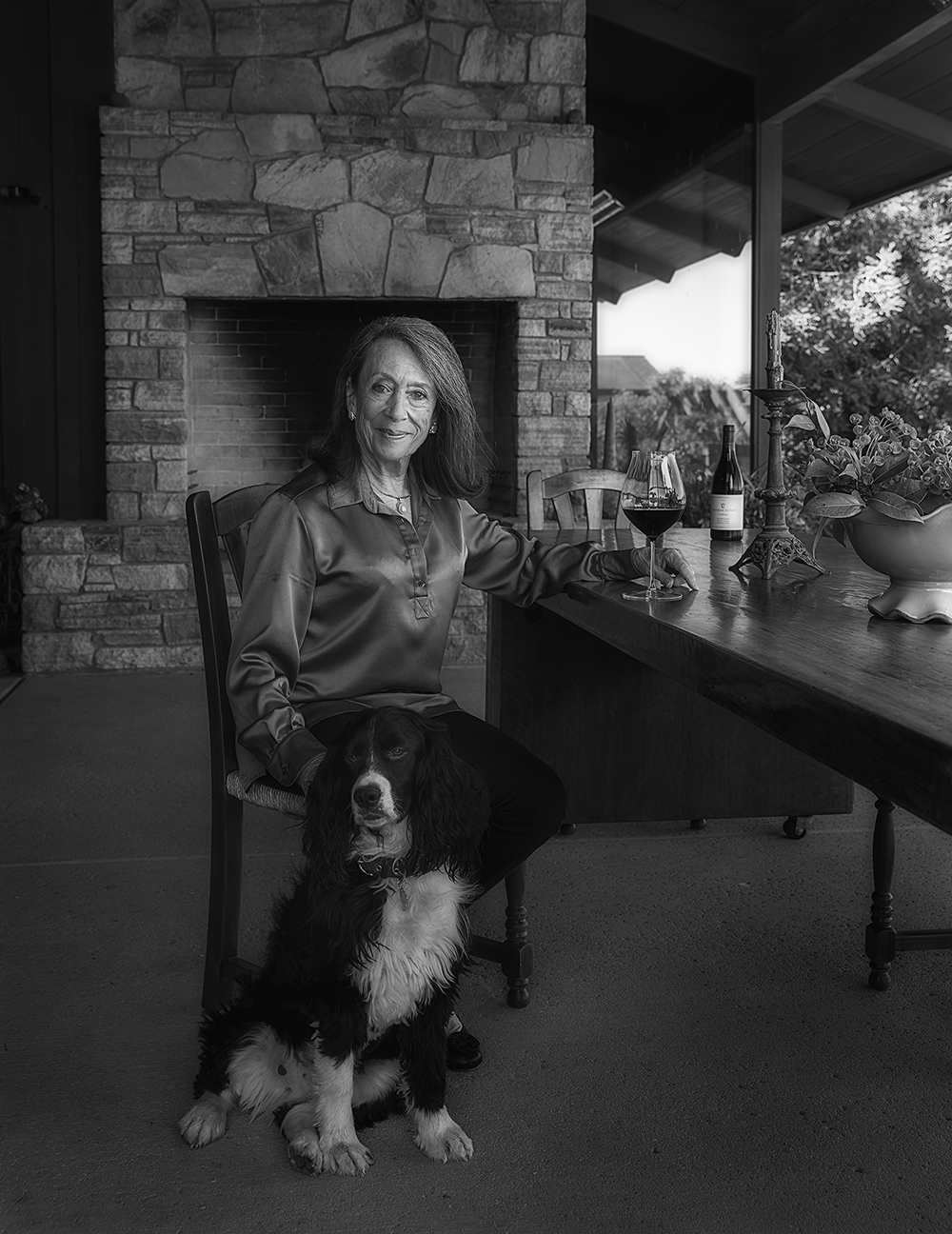 I grew up in a society where women were second-class citizens. That was Spain, in the years after our civil war, and that was just the way it was for women and girls. During the summers when I was little, my father would take my older brother to work with him, to initiate him into our family’s wine business. I wanted to go too but I couldn’t — because I was a girl. So I was left at home to play with my dolls. I accepted it, because I just didn’t know any other way.

My parents didn’t encourage me to study much either. Why? Because if you were too smart, you might never marry well. So when I was 15 and finished my high school studies, my father said, “Here’s what you can do: you can study to be a secretary or you can get a very minor degree in  business.” Not exciting choices. But did I consider going after more? No, I just accepted it. When I finished those studies after two years, I wanted to get the major degree and my father didn’t want me to; he wanted me to help him at the winery, which is in the town of Vilafranca and in those days it took two hours to get there. So I went to my mother and told her that Vilafranca was not a place to find a suitable partner. She agreed and convinced my father to let me pursue a wider business degree. I loved that, and after three years I wanted to go on and get the equivalent of an MBA. Oh no. My father said, “No way!”

So at 19 I started to work at the Torres winery. Then my father made his first trip to the United States — and for him it was a revelation. During that trip, to New York for a convention organized by the Spanish government, my father saw great potential in the United States and he came back to Spain excited to pursue it. At that stage, I was planning to spend a month during the summer in England, but my father disapproved — that was being far too independent for a young woman like me. So instead he proposed this: “How about coming with me on a trip to the United States?”

That was too tempting to refuse, so I agreed and, as they say, the rest is history. We spent three months in the United States on the first trip in the spring, then two and a half months in the fall; we saw the potential for selling our Spanishwines in North America, and I was totally fascinated. I loved this country! Fortunately I had a degree in English, since my mother had seen to it that I learned languages, as that was okay  for a lady (she spoke several herself). She put me in a German school at age 6, as she said I should start with the hardest and the rest would be easier. And she was right! Thanks to her I speak today six languages: English, German, French, Italian, Spanish, and Catalan!

Then and there I wanted to travel by myself, but again my father wouldn’t have it. “You can’t go alone,” he said. At that stage, there were only three of us in the family business: my father, my middle brother Miguel, and me. Our older brother was off on another path. So Miguel finally convinced my father to let me make trips by myself — but only to Canada since that was a “nicer” country for a woman to be by herself than the U.S. At that stage, I was only in my early 20s but I knew what I was doing and I had a tremendous success. Pretty soon we were selling 60,000 cases of wine in Canada and it became our No. 1 market! And that was just the beginning.

In the spring of 1973, I went to San Francisco for the first time and I fell in love with the city. America was in the throes of a profound cultural upheaval — all kinds of doors were being thrown open — and San Francisco was right in the heart of it all. Hippies, rock music, the “Summer of Love,” a whole new appreciation of fine wine and food — it was a time of rebellion and total freedom, and I was swept up in it all. And there I met the man I would marry: Robert Finigan, a prominent wine and restaurant critic, a forerunner to Robert Parker. We had a great, albeit short, marriage, but my father was very upset about it: in those days, what a good father wanted for his daughter was a good marriage – and that meant with a man who had money, so she would have an easy life, but my husband had none of that. Worse, I was going to move thousands of miles away from parental control. But there was no stopping me. I was not really a rebel, more of a non-conformist, and I was simply determined to live life my way, free of all the expectations and constraints that I had grown up with.

The marriage didn’t last, but there was no way I could go back to my previous life in Spain. Also, because I was still a woman, my father refused to grant me a full share of the family business, in spite of the success I had brought us.  My mind was made up: America was now my home, the place where I would build my dreams, and I’d do it my way, with my wings fully and happily spread.

That spirit extended to my relationships as well. I had a few but none really stuck. Then, at the age of 42, I met a man while on a skiing trip and, to my surprise, I got pregnant. By then I had given up on the idea of having children, but I was elated and decided to keep the baby. Yup, I’d do it my way. And the result was my wonderful daughter, Cristina.

In America I seized another opportunity as well: I went to U.C. Davis to study viticulture and oenology — something I could never do back in Spain. Now a woman can, yes, but not back then. The first time I saw a vine being grafted it was here in America, not in Spain. Studying oenology back then was just not for women.

America changed everything for me. I now have my own winery, Marimar Estate Vineyards & Winery, located among the lush hills and forests of northwest Sonoma County, I have written two books introducing Americans to the special culture and culinary delights of Catalonia and Spain, and Cristina is working right beside me. She always had full freedom to follow her own dreams and study whatever she wanted. That freedom took her to Princeton and the Wharton School of Business, and then, by her choice, straight into our vineyards, our wine cellar, our tasting rooms, and our winery kitchen too. In our own way, Cristina and I are building our own dreams and bringing together, to share with others, the very best of both cultures. Who could ask for more?