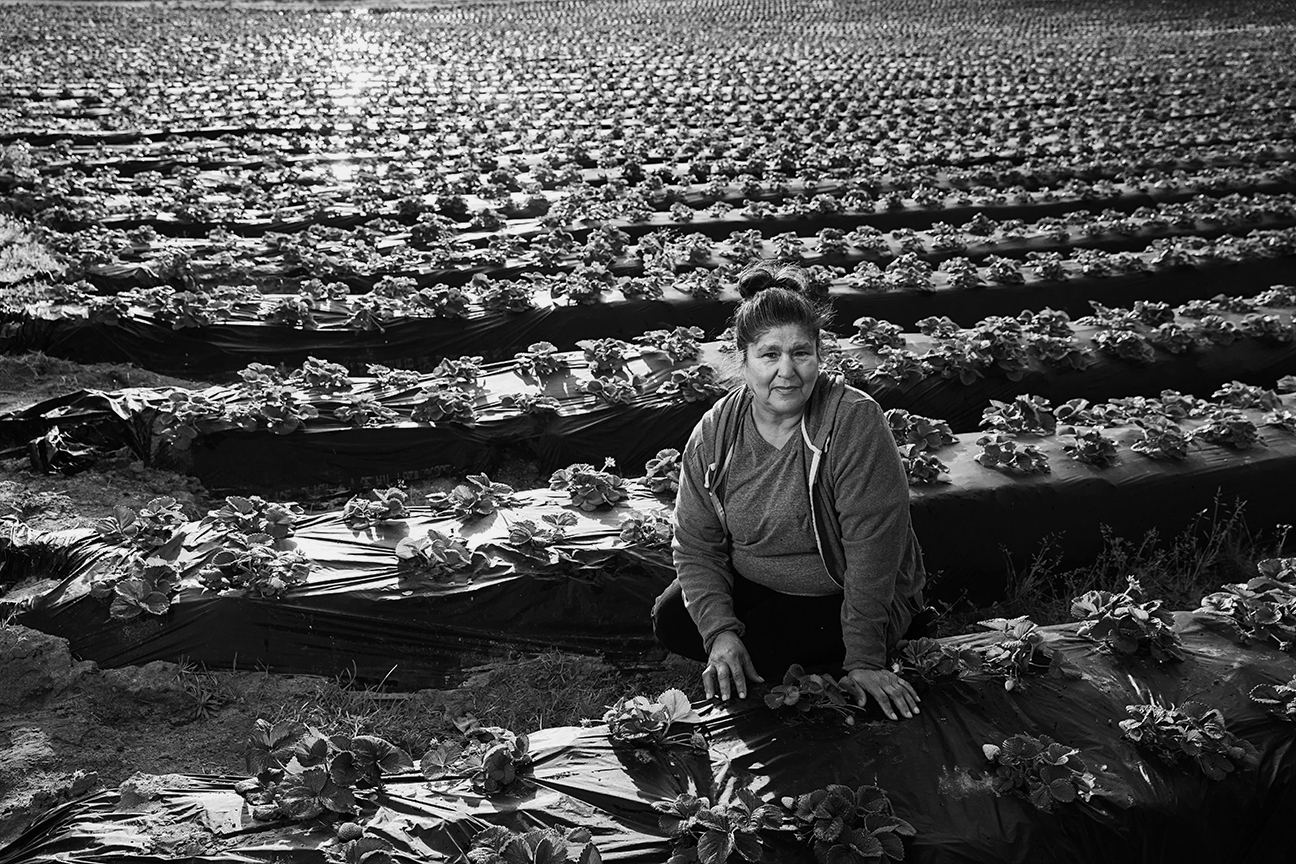 My name is Berta and I am originally from Jalisco, Mexico. I have been in the Sates for 40 years. I am a strawberry farmer.

I bought this farm 2 years ago. I worked with my parents for about 20 years getting experience growing conventional strawberries. My brother encouraged me to go independent and to start planting organic crops. I went through a program where I learned all the legalities and the business of running a farm. My husband and I do most of the work here on the farm. When the strawberry season starts, many farmworkers they leave because they want to go to big fields where they can make lots of money. Here, I don’t have enough production to really do that so we are doing most of the work. We need more labor; every farmer needs more labor.

My parents wanted to make progress and improve their lives. First my father came here, three years later my mother came and I came a year after that. My younger sister was born in the States so she was an American citizen. A long time ago there was an amnesty program so since my sister was a citizen, I became qualified to become one too.

I have 4 children and they are all grown up and married. I had twin girls, then another daughter and then a son. My twin daughters are accountants and my son is a diesel mechanic, which is highly skilled job.

I hope to be able to pay off this piece of land. I hope that people can get along and there’s not so much discrimination against us. I wish to be seen as equals.