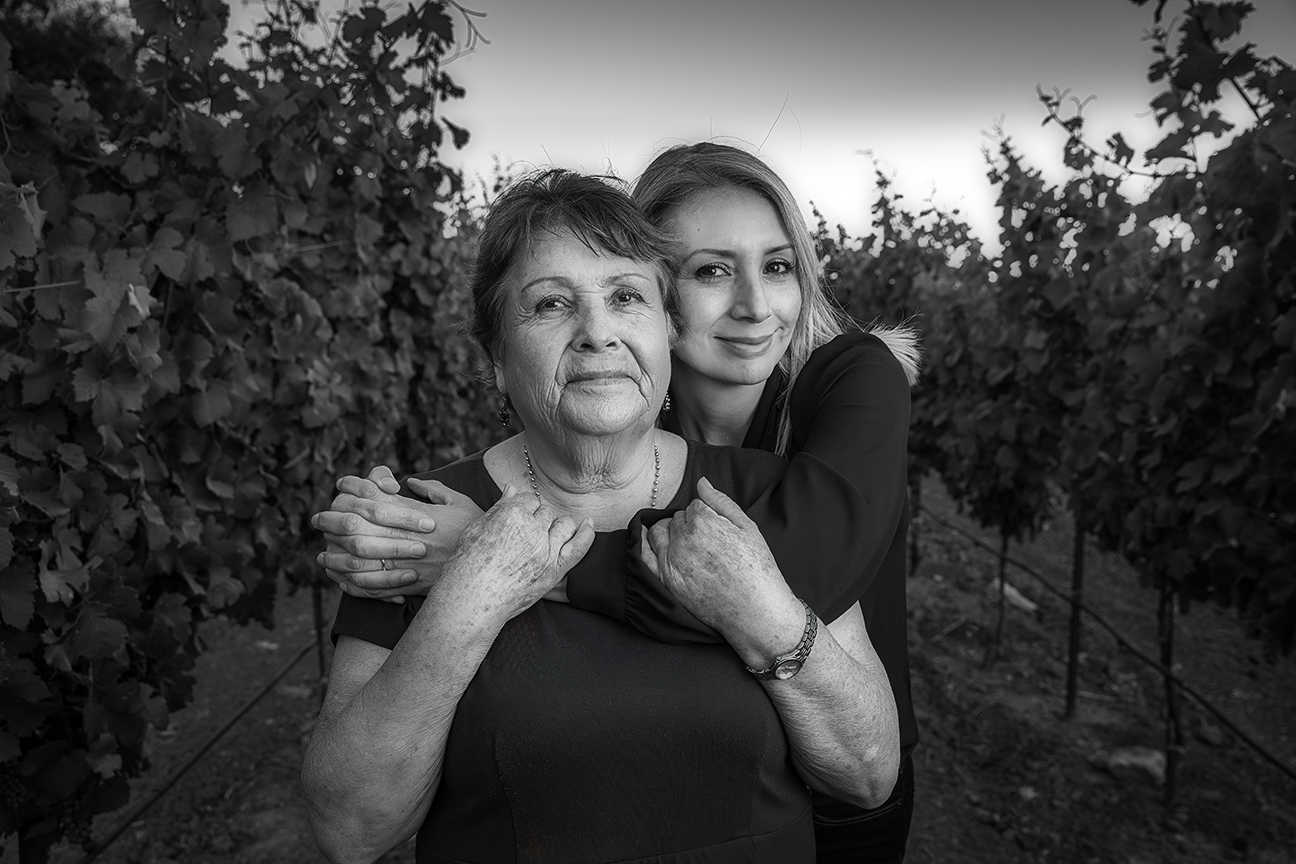 The smell of roasting tomatoes, tomatillos, and assorted fresh peppers were the daily scents that came from Maria, our mother’s kitchen every morning in Napa. She would prepare our father fresh salsas with produce she grew in our backyard. Our father would come home at noon for lunch after working hard in the vineyards. Warming tortillas on our comal, a traditional Mexican griddle, was my responsibility. As a young girl, I would use a spoon to flip the tortillas, which helped keep my fingertips from burning. Assisting our mother in the kitchen made me realize how she stayed connected to her Mexican heritage through her cooking.

Maria was born and grew up in a small pueblo known for its agricultural produce in Mexico’s state of Michoacán. Her father, Francisco, was a local farmer who grew tomatoes, corn, sugar cane, a variety of fruits, and sweet potatoes. Her mother, also named Maria, was a master in the kitchen and raised cows, pigs, turkeys, and chickens.

Maria’s favorite dish her mother prepared was turkey smothered with mole. The mole consisted of a sweet spicy sauce topped with roasted sesame seeds, served warm over the baked turkey that cooked in their wood stove. Maria would help her mother stir the combination of ingredients that included six different types of dry peppers, chocolate, roasted tomatillos, tomatoes, and nuts. Our mother still recalls all thirty ingredients blended into the simmering pot. The mole released an aromatic scent of sweet cinnamon, dry roses, and a whiff of clove. Maria has made this recipe every Thanksgiving for our family since she arrived in America in 1972.

Our mother married our father in 1970 in Michoacán. Then he went to California and established himself as a foreman in a small vineyard located in Healdsburg. When Maria joined him, two years later, she began cooking for our dad and all the vineyard workers. It was challenging because at that time there were a limited amount of Mexican ingredients available. So, mom had to learn to modify her dishes to make them taste as close to her Mexican recipes as possible. She would also make fresh tortillas daily since they were not available in stores as they are now.

As our family grew to nine children, our mother continued to cook large portions of food every day. As kids we always knew where to find her, in the kitchen of course! She would wear a yellow apron with embroidered flowers in the pockets and chest. Maria always had a wonderful attitude about life no matter what was going on around her. Each morning you would find her in her garden picking the produce she would use through out the day. Her meals were nothing less than a feast. There was always more food on the table than we could eat. This was how our mother was raised, making every meal a special event. As a child, our father grew up hungry on many nights, so with our mom he always insisted on having leftovers.

On Sundays, our parents would cook one meal together. It was usually a seafood stew or what is known in Mexico as “Caldo de Siete Mares.” They would leave early in the morning to buy fresh fish, shrimp, scallops, crab, clams, and vegetables to put in the soup. We would wake up to the smell of the sea. My sister Lorena and I would make corn tostadas to serve with the stew instead of bread. Our dad would make each of the nine children a tostada topped with white fish cooked in the savory stew, drizzled with lemon, salt and a little salsa. The combination of flavors are comparable to the Provençal fish stews served in the South of France. A “Caldo Siete Mares” stew paired with an oak-aged malolactic fermented Chardonnay is better than gold.

Raising nine children and cooking three meals a day in Napa’s wine country kept Maria busy. She never learned English. To stay connected to her homeland she created a little Mexico in our home with folkloric colors, religious alters, and the aromas and flavors of her traditional dishes from the small pueblo she grew up in. Maria worked her entire life in the kitchen and is also one of the few Latina vineyard owners in the country. She grows her own grapes and I help her manage the business. We sell to local wineries like Mumm Napa Valley, Rack & Riddle, Arcana, and Artesa.

The way Maria shares her love is through cooking her recipes that have been passed down through many generations of women in her family. She shares her big heart by bringing pleasure to people with her dishes. Our mother is in her late 60’s and she has not slowed down. Now she enjoys cooking for twenty-seven grandchildren. She hopes at least one of them will continue to bring the best of traditional Mexican cuisine to her family and to food lovers far beyond.