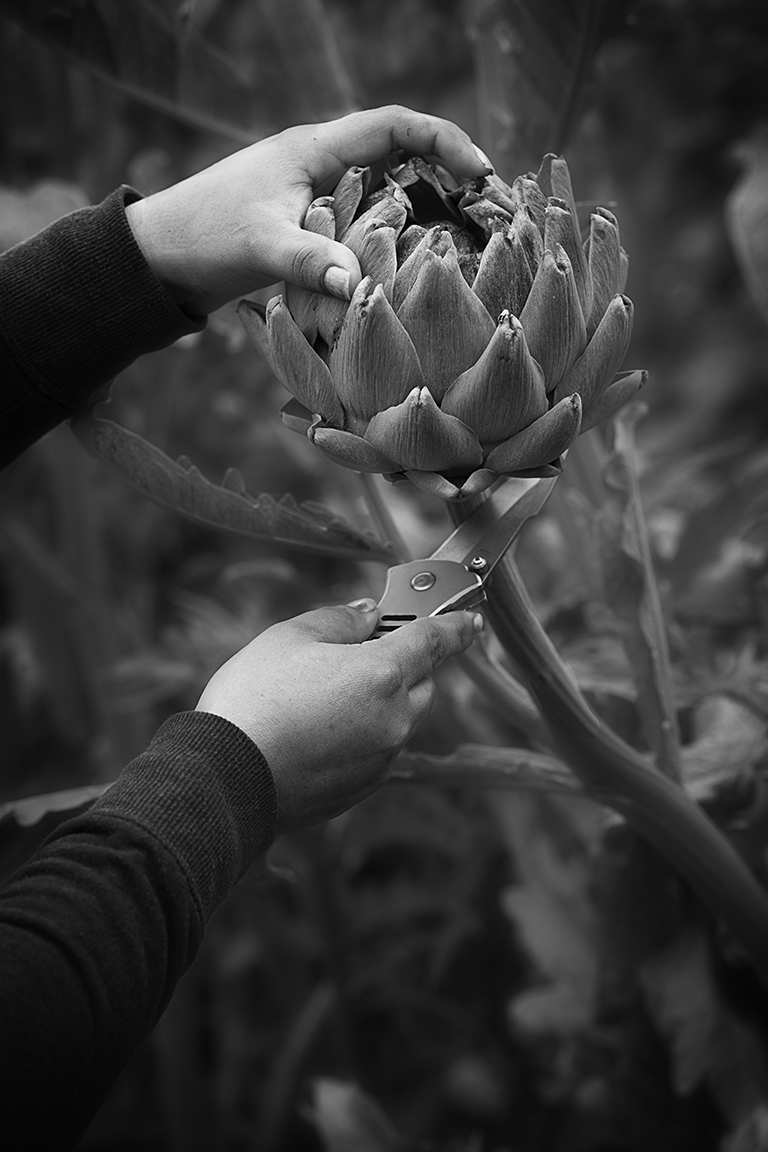 I came from El Salvador. I had to leave- the domestic abuse was too much and I had to escape and even leave my 6-year-old daughter. I was 24 years old when I left. I went over the river in Guatemala to get out of El Salvador. And then got on a train in Guatemala. I was three days on the train from Guatemala through Mexico. I was on top and the branches would hit us and it was really rough. Three days without water or food, you just sit up there on the train. I even had to jump on the train as it was going to get on.

The train ends and then I was in a disserted landscape. It was desert-like. It was very desolate. I was just by the train tracks. I had to jump off and I got all bruised. I had a cell phone and my cousin was in the United States and he had done that same journey so he kind of told me what to do. Kind of how to find me path; look for these trees that have really big spines and then you start walking. I had a stick with me because there were snakes and coyotes. They said you’re going to get to a river. Rio Grande. It’s a big river. I had this stick and I just walked into the river and I don’t know how to swim. I said I preferred to die than to go back because my husband would choke me half to death and he sold me to his friends as favors. I was alone. Once I was on the other side of the river, I saw a group. I didn’t talk to them. I just saw a group. I kind of followed them. I saw their footprints and I followed them from a distance. I came to a road and I sat by the side of the road and was just crying. I lost track of the group because I was just really tired and weak. It took me three days to walk from the river till I got to the road. I didn’t have food or water, and I was barefoot.

I saw a corpse that the coyotes had been eating. I saw a lady die. At some point, I crossed the border and I came to this road. Once I crossed the river I was in the US. I sat down and fell asleep because I was exhausted. A car stopped and somebody tapped me and gave me a bottle of water and food.

Then the immigration found me. The guy who picked her up on the road was very nice to me. He didn’t mistreat me. But at the prison — I came to a prison — they treated me like I was a drug trafficker. I was shackled in an air-conditioned room, which was really cold. I was in there for four months. I finally got to make a phone call and I called my family here in the United States. I got in touch with my father-in-law. A court maybe paid for my hearing and I was able to tell my story. I got asylum. They told me I had to pay $12,000, but once they heard my story, they said, “Hold on a little longer. We’ll try to work things out.” My family paid $4000 and then they released me. I am still paying back the $4000.

When they finally released me, it was 7:00 in the evening. They opened the door and just kind of kicked me out to Houston. And I had no money, just a little t-shirt. They gave me some flip-flops and then I had just her old pants and shirt that I had from before. Some lady stopped and picked me up. I gave me $400 to put me on the bus to California.

I was full of fear. I was really afraid to go back. I didn’t know what to do. I’m constantly living with the fear of what’s going to happen. Once you get asylum, I have to go through the process of getting a green card. I’m not sure yet that I will actually get the green card or that I can stay here. They could still deport me, especially with this administration. I have other friends of mine that were going to be deported and they committed suicide because they’d rather do that than go home.

The police in El Salvador don’t help you. If your husband wants to kill you, he can kill you and he gets away with it. My cousin in El Salvador went to the police with domestic abuse, they put him in jail for three days and he came out and he went home and killed her. I know other women in my own circle that were killed.

This is a really hard decision to leave El Salvador. I didn’t want to leave. I hade to leave because if I go back my husband will kill me. I just want to work and earn money that I can send to my family, support my family.

I want President Trump to know that El Salvador is a very difficult country to live in and we just came here to work and to support our families and to have a safe life. And I ask him to help us and not kick us out. We want to be part of the society.