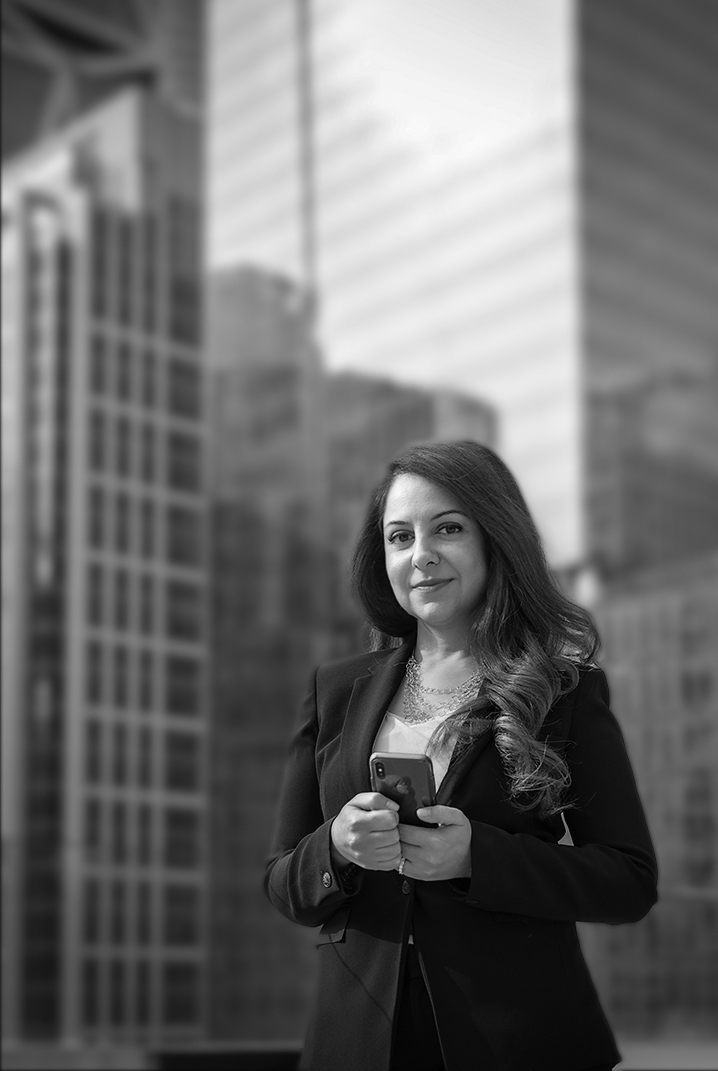 I’m Lily Sarafan. I was born in Iran. I’m a proud, grateful Iranian-American living in the Bay Area. I am the President and Chief Executive Officer of HCA, the largest private pay provider of in-home care for seniors in North America.

As a Stanford student, I was really fortunate to be exposed to a number of different disciplines. After I finished my undergrad and graduate degrees I was planning on attending Stanford Law, until I met a brilliant local couple operating a senior care business four blocks from campus. Until that point, I had never considered healthcare or the older adult population in my career plans, but after a few deep conversations about the fragmentation and lack of creativity in this sector, I saw the true opportunity to create a transformative company and bring attention to this vital sector. Of course, in my head, the plan to return to Stanford Law was always on the horizon – and then next year became five years later while HCA continued to succeed and scale across the nation. Before long, we had grown to hundreds of employees, and then thousands, and I found it extremely meaningful and high-impact to find ways of applying scale and innovation to improve quality of life and the human condition — not just technology for the sake of technology. The journey has been incredible.

First and second-generation immigrants make up a huge cadre within our organization. This is true from the caregivers who are providing services in the field to operations team members in our offices to our executive team, the members of which hail originally from China, Iran, South Africa and beyond.

The current immigration policies and the travel ban have not adversely impacted our company at this stage, but it has certainly affected other aspects of my life. I’m deeply involved in the Iranian-American community, having served on boards of some of our largest community organizations. I’ve lived in the United States since I was a young child, while my father — as well as aunts, uncles, and cousins — lived primarily in Iran. I have had to navigate travel restrictions with my family members while friends and colleagues whose loved ones live in other countries don’t face those same restrictions.

I am also involved with various initiatives at my alma mater Stanford. Over the years, I have seen so many students, including two of my cousins, come from Iran, in particular from Sharif University in Tehran, to attend and excel in undergraduate and graduate programs at Stanford. The travel ban has assuredly impacted the ability of American universities to attract the best and the brightest from around the world.

It’s important for my fellow Americans to know why this is detrimental. The Iranian-American community has been hardworking and generous, and one would be hard pressed to find top research universities or large companies, among other institutions, that don’t have Iranian-American influence. For instance, an Iranian-American is responsible for the invention of Lasik surgery for eyesight. Major figures from Andre Agassi the tennis player to Christiane Amanpour the journalist to Pierre Omidyar the founder of eBay to the late Maryam Mirzakhani the Fields Medal recipient are of Iranian descent. Iranian-Americans in the Bay Area serve in the highest echelon of founders, investors and leaders of the technology and healthcare products and services we benefit from each day. Our community is fully integrated and contributing to society in untold ways. I would hope that everyone would give this community a chance to flourish and thrive in the future as well.

We have an idea of becoming a more perfect union, but in a polarized environment, that results in multiple discrete visions for what that union looks like. I’m concerned that we’re not meeting the highest standards in translating the will of the people into public policy and also that there are some insurmountable barriers to translating hope and work ethic into the American Dream for too many. Politics ought to be the part-time profession of every citizen, as the Ike quote goes, and increased civic participation for an expanding electorate will help us find solutions to the grand challenges of our day.

As an immigrant, I’ve helped to create thousands of local jobs and we’ve taken care of tens of thousands of our country’s most vulnerable citizens. I’ve helped to start a research initiative at Stanford that is working on finding the cause and cure for various autoimmune and neurological diseases. I hope this will improve the lives of millions if we reach our breakthrough objectives. But it goes well beyond individual contributions. As an active member of the Iranian-American community, I hope I’ve played a positive role in increasing civic and community engagement across our diaspora. A couple of generations back, this community was less apt to be involved in politics because of experiences in Iran. Advancing participation in American civic life is one of the most powerful and strategic forms of elevating dialogue and outcomes for our young nation.

But I don’t think that my story is unique. I think that immigrants come here to make a difference, to make an impact, to meet their full potential as human beings and as Americans, to not miss their shot in Hamilton terms. Throughout the study of civilizations, the ability for communities to integrate outside cultures and people has resulted in expanded longevity and innovation. We’re at another critical juncture with the rise of artificial intelligence, climate change, bioengineered pandemics, and many other potential existential threats. We need the best minds to work together to expand opportunity and address grand challenges, and we’re not going to be able to do that if we’re inherently mistrustful of one another.

There are evolutionary underpinnings for why our mindsets can be tribal and exclusive at times. And there are ways, cognitive overrides if you will, that we can use to get past our biological tendencies or instincts to fear the unknown. You can do this every day by having a conversation with someone who is different from you in background, perspective or otherwise. Whenever possible, speak from a place of core values like fairness and justice which will manifest differently for each person, but which often offer a shared language and lens through which to have the discussion. There’s no need to approach life with fear of the unknown; most of the time, those fears are unfounded. It is the embrace of the unknown, after all, that built this nation of immigrants in the first place.