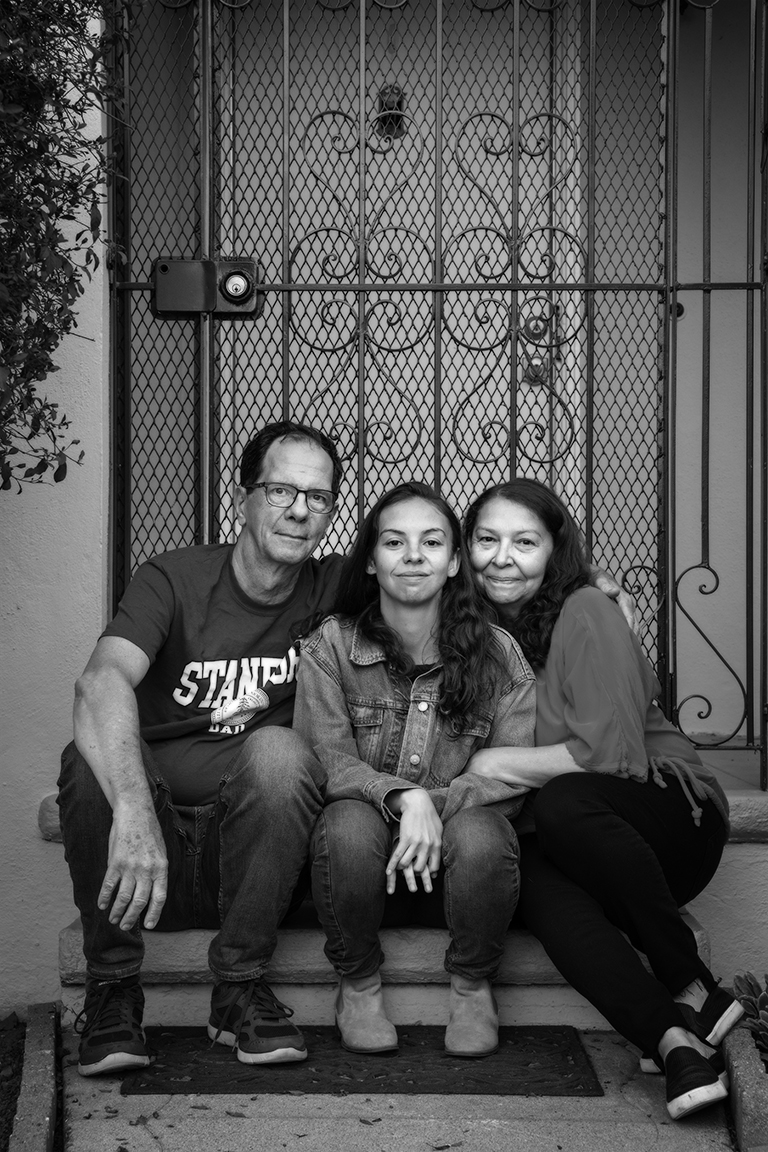 I was born in a small town on the outskirts of São Paulo, Brazil. When I was little, I remember going to school in a one-room house, sitting on the dirt floor, taught by someone with a middle school education — almost like a 1990s version of Little House on the Prairie. My dad, who made it to eighth grade, and my mom, who made it to high school, would take a two-hour bus ride into the city every day in order to sell jewelry to support me and my sisters. We did not have much, but even so, the threat of robbery and violence was inescapable. One night, as we all slept, men broke into our house and stole everything — the television, the table, the chairs. My parents had to pretend to be asleep and they prayed that none of us woke up. After that, my parents knew they could not stay.

Getting a visa was difficult. We had to provide statements showing we had money in the bank and a stable job — things that prove ties to Brazil. My parents had to sell what little they had, and some friends loaned us enough money to pass the visa standards. So at age seven, I boarded a plane for the first time in my life to go to Disney World — or so I thought. I was buzzing with excitement and couldn’t understand why my aunts and uncles were sobbing uncontrollably at the airport.

All I can remember about landing at JFK is the cold. The coldest cold I had ever felt. Someone drove us to Queens to what would be our new home. The owner rented rooms to new immigrant families — bedrooms, the living room, the kitchen. We got the attic. Mice would scurry through the walls and across the floor at night, but there was nothing we could do, no one we could complain to, nowhere we could move. To this day, I still have a deep fear of mice.

My mom found work in a laundromat separating clothes before bouncing to a sewing factory job before finally settling as a house cleaner. My dad took any job he could find, which turned out to be delivering pizzas for $5/hour.

My parents worked six days a week and additional overtime — always unpaid, always without choice — because their bosses knew they could get away with it. But the fear was worse than the pay. Every day of pizza driving was a day my dad was out and about, a day he could get caught. Only a handful of states would grant plates and licenses to undocumented people, so my dad drove a car with Michigan plates and a Washington license. The license plate might as well have said “UNDOCUMENTED” because it was such a red flag to police. Every day, there was always the worry, “Is today the day I get taken away?” The fear was the worst part.

But I was lucky to be young. I didn’t fear. But the transition wasn’t easy — it’s traumatic for a young child to be yelled at for speaking with classmates in the only language she knows. But children are quick to learn, and after a year or two, I was making silly YouTube videos with my friends and competing to be best student of the week. Memories of my former life in Brazil slowly faded to vague memories of buying warm pão de queijo with my tia. Especially because I am light-skinned, I began to blend in. I didn’t know the fear.

That was the first milestone I missed. Around the same time, most of my friends started getting jobs around town. I applied to a job at a juice bar and actually got it, only to be turned away with a look of disgust when they found out I didn’t have a social security number on my first day. And of course, two years later, it was time to think about college.

I knew I couldn’t take the traditional path — I couldn’t work, I couldn’t get financial aid, I couldn’t get scholarships. By a stroke of luck, I found out about an honors program at a nearby community college that would pay for two years of tuition and quietly accepted undocumented students. I knew this was my only shot at pursuing higher education — the main reason my parents moved here in the first place. But, I blew it. I was so nervous in the interview, knowing everything was riding on it, that I absolutely choked.

When I found out about my rejection, I took the bus to the college once a week for two months to beg for a spot, until they finally granted me a second interview. Tenacious, they called me. This one, I didn’t mess up. I was so grateful for the chance to just keep going with my education, but I also couldn’t shake the frustration that my undocumented status may keep me from a four-year college even if I got top grades.

Looking back, it was a blessing. I found a community of undocumented students at a time before DACA, when nobody had come out of the shadows, and incredible mentors who really cared about me. One of my mentors encouraged me to apply to various four-year schools and for the Jack Kent Cook Scholarship, which accepted students regardless of their residency status. I consider this a miracle – I got the scholarship. I ended up transferring to Brown on a full ride with dreams of becoming a doctor.

Brown opened a world of opportunities for me. I found work in a lab after graduation. I got into Stanford to do a PhD. Most importantly, I got residency and later became a citizen, allowing me to give permanent status to my parents.

Papers were a sigh of relief, release from the constant fear of deportation. But not my parents’ constant fear of finances. When you’re a pizza driver and a house cleaner for 17 years, it’s hard to get a job that pays better. And, they’re still in a lot of debt from all the years of struggling to pay rent.

I’m now in my third year of my PhD in the stem cell program at Stanford. My lab focuses on using genome editing to provide therapies for genetic diseases. I’m very lucky.  I’m excited about my work, and my goal is to make a difference.

I think undocumented young people all have very different stories, but we all had the same fears and same struggles to get a good education. Some of us were luckier than others. And that’s the thing about being undocumented: you depend a lot on luck to have the opportunities that most Americans have. I worked hard, but that’s only part of the story. There are so many events and connections I can point to and say, “I would still be stuck if it weren’t for that.”

My hope is that more compassionate immigration policies can be made. No child or adult should have to face all the fears that I faced when I was younger and still face now. Everyone, whether or not they are born here, should have the same opportunities.