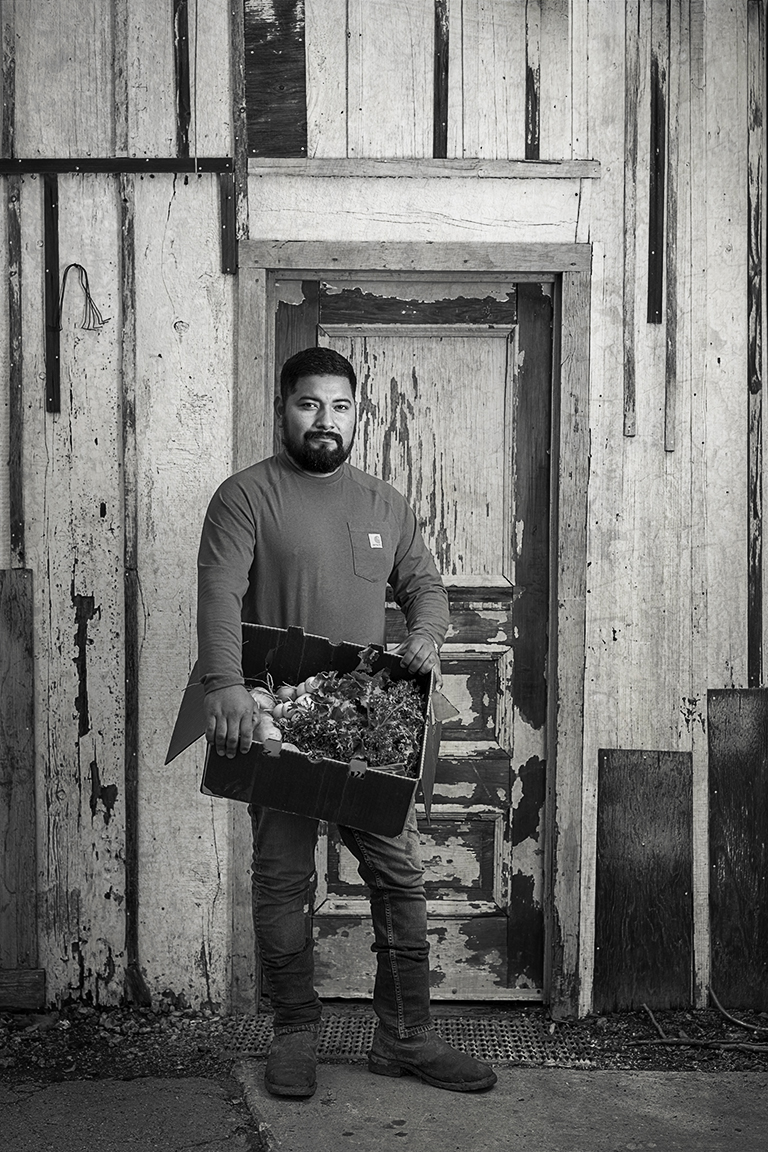 My name is Jose and I am originally from Oaxaca, Mexico. I came to the States in 1999. My dad wanted a better life for us. I started here in the fourth grade and finished high school.
My parents were very experienced farmers and worked in an organic farm from 2000 until 2012. That’s when they decided that they wanted to do something else, start their own small business. We started with five acres but we had problems with the landlord. We started looking around and we found a 28-acre farm. At first, we were kind of afraid of that, going from five acres to the 28, because we didn’t know how it was going to be. I mean it was a big, big jump. But we decided to go for it.
We grow mostly, peppers. We do a lot of different peppers, including Serrano’s, Jalapenos, Anaheim’s, Habaneros and some Italian ones. We also do roots like rutabagas, turnips, and radishes. Right now, we’re growing leeks. We do everything organically.
I am a resident and hope to become a citizen this year. But I worry about my parents. I want to be able to help them. They did something that a lot of people told them they couldn’t do. Imagine what they would do if they had an opportunity to have their legal status.
They have worked here for years, have paid all their taxes and they have no benefits. When we got here, we were just surviving on our parent’s paychecks. We never got any help because we were undocumented. My dad is now 60 and he has diabetes; my mother has some problems too. And every time we have to go to a doctor, it is very expensive. If they could go to Mexico for their medical treatment, they would do that but they can’t.
The way immigrants are treated really bothers me. I feel like it’s focused on more like, okay, you’re just illegal and you’re all criminals, and it shouldn’t be like that. I mean, how can I put it? I see my parents working so hard, it’s like how can you see them as being criminals?
They’re not taking anything away. They’re actually giving back because they’re not getting any help, no medical stuff. They’re paying taxes, we’re buying equipment and you got to pay taxes on that. You’re growing food for the country. And even if you don’t own a business but are a farmworker, you work hard to produce the food.
I would like to have anti-immigrant people experience what it is like to cross the desert coming into the US. But most importantly they should know that we are bringing our dreams here with us, to make it happen and benefit other people. I see a lot of families in agriculture that I think they deserve the chance to legalize their status. I think that’s the way I see it. Because that’s where I come and that’s a lot of people that I know that can benefit from that right away. A lot of people, and a lot of good people.
We have a lot of workers that come from Mexico. I’ve worked in so many places and it’s all immigrants. I worked in the poultry industry and I worked at wineries. I’ve done a lot of different work and I see a lot of immigrant faces. That’s what it is. But I wish there was a way where we can see us not just as Mexicans, but see us as real hard-working people.