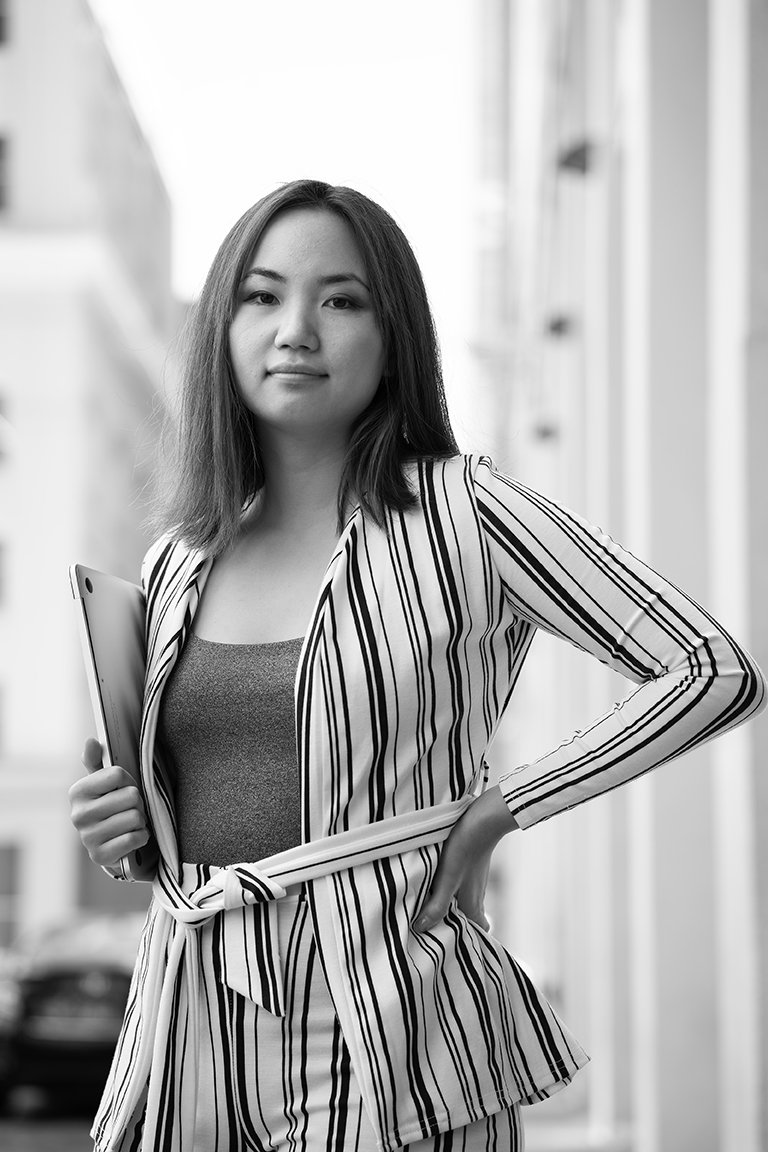 I became an undocumented immigrant when I was 12. My parents moved here from South Korea. They came on just a tourist visa and just stayed. We meant to change status, but realized that was much harder than we thought. For myself, I just don’t even think about being undocumented. And you can always organize around it, that’s the really great part.

When I was in high school I applied to 24 colleges, got into one that I couldn’t afford. That was UC Irvine. I got wait listed at Bryn Mawr and I was pretty depressed because I was stuck. And then in July, after high school graduation, I had this dream about having two choices for college. I basically woke up and said, “I’m going to send in this appeal letter,” that was sitting there for four months. I sent it and the next week, they called me and “Here’s a full scholarship, you should come to our college.” And that’s what happened.

Using undocumented people blocking the street as a leverage, our message was that everyone should come out of the shadows and we have to fight for each other. If we just hide in the shadows, nobody is going to change the laws for us. I risked arrest and deportation with this other woman who went to University of Pennsylvania. Through that, we organized thousands of people in Philadelphia and we got on the front page of USA Today. At the time, nobody had come out publicly much with the exception Jose Antonio Vargas. That was how I started being active.

In that process, I realized that it’s really hard to get people out to protests so I developed a tool that helps message thousands of people at once, but when you get replies, you can group similar replies and reply to 300 similar replies at the same time. It makes one-on-one relationship really efficient.

I started a new marketing company. It works across five or six industries now. Basically, we help companies, consumer brands drive sales over one-on-one interactions with using artificial intelligence and some human intervention. What’s really great about it, though, is my mom has been able to sell the product to the Korean community. She’s been working at a Korean cosmetic store for the last like ten years and finally, she is making sales and making more money than she used to at the store. So that’s like a circle. It’s very nice.

I think the best thing about America is that even me, who came as an undocumented immigrant, can start a company. And there are lots of great people who treat me as an equal. A lot of investors that have invested in my company knew my story and a lot of people are helping other people, even if they don’t really know them. I have a very positive outlook.

There are lots of people helping undocumented high school students to go to college. There are people who are helping undocumented people start businesses by giving investments or just helping them. I think people are just tired of depending on legislation. In a sense, it’s the true sense of liberation because no matter what the laws are, people are becoming empowered economically. In that sense, I feel like we’re making even bigger strides, even though the laws are getting worse. I view it like truly being defiant.