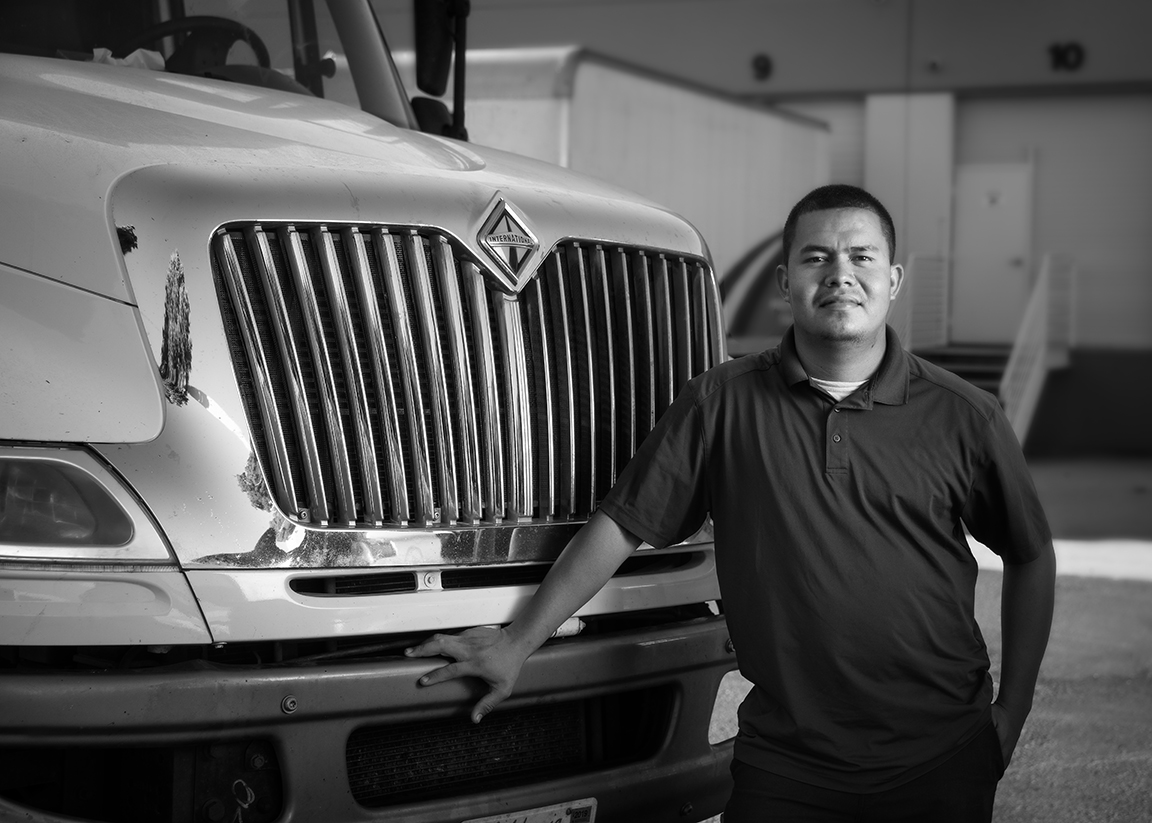 My name is Jeremias Martinez and I am originally from El Salvador. My mother died when I was young. I worked all day, most days with my father to take care of the animals and the house. I have one cousin who I spent a lot of time with taking care of the cows. When I was around 14 when we are going to and from my uncle’s house with the cows we would be harassed and bothered by guys from the gangs. This was also a time when a lot of other kids started smoking weed and they started getting involved with the gangs so we felt a lot of pressure to be involved with that, but we resisted that pressure.

We tried our best to avoid these people, but the gang started getting bigger and stronger, more powerful and so a lot more people were joining so it became more and more difficult to avoid. During that time, there was a particular incident where my cousin had a confrontation with the gang members and he got beat up. We were unable to avoid the gangs. They followed us a lot while we were working with the cows.

One particular day, I went alone to work to take care of the cows and when I was done, they were waiting for me with firearms and threatening me that if I didn’t join the gang against the local town, that they were going to hurt me. That was the point at which I decided to just speak with my father and see what my options were to get away from that situation. We saved up some money. I had to stay locked in the house. They sent me notes and threatening letters they’d put under the door. That’s when I finally decided to go to where my aunt lives in Chicago. I was only 17 years old. I came with a coyote and travelled about a month to get here. I came by foot, on buses and on train. But I got caught crossing the border and I was sent to a detention center in San Antonio. My brother, who was living here in the States, had communication with my aunt and they decided that my brother would be the one to receive me.

I started going to school as soon as I arrived in Fremont High. I developed good communication with my teacher. My teacher arranged an interview with a lawyer at school. The lawyer said my story is really interesting and you’re here without your parents and you lost your mother, we think we can help you. The lawyers put all the paperwork together and they decided to make it so that I could get a work permit at 18 years and then a couple of months later, I was given my residence card.

I was living with my oldest brother and at this point, I decided that I wanted to start working fulltime. I decided to go help a friend do mattress deliveries. For the first two years, I worked every day, seven days a week. I saved all my money. Sometimes I worked double shifts in one day. I would ride my bike from my apartment to the warehouse at 4:30 in the morning and sometimes I wouldn’t get home until 11:00 pm. I worked all those two years saving money, just basically paying for rent and food.

Then I got an invitation from my friend to start working doing furniture deliveries. After working for him for a year, I was tired of working every day for someone else, basically, getting paid by the hour and then being tired and not have anything to show for it, except for money in the bank.

Then I told my girlfriend that I wanted to start my own business. I got a business license and then we went through all the appropriate channels to get Motor Carrier Permit. I signed up for worker’s compensation insurance, auto insurance. And then I bought a truck so it’s pretty much been one year. Now I have three trucks and five people working for me.

Currently I have a green card and I am trying to improve my English and plan to apply for citizenship. In El Salvador, besides my life being in danger, there is no way to progress. You can’t improve your life. Here I’ve had the opportunity to make my own business. I don’t feel scared to walk around in the streets. I can actually make money to grow my business and to support my family and myself. Don’t judge someone by the color of their skin or what they look like before you take a chance to get to know them as a person. Try to understand where they come from, why they came here because all of us have a reason why we came here. Don’t judge before you take the opportunity to learn about the story of the person.