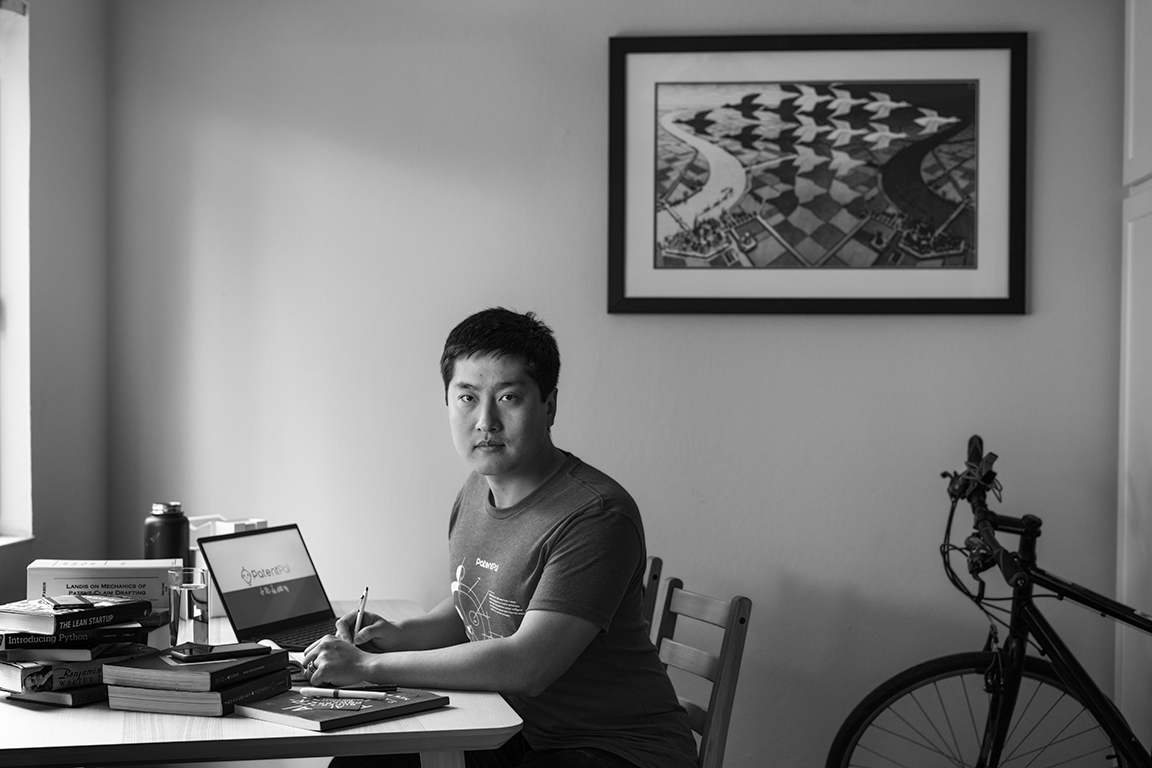 I was born in China and immigrated to Canada. I am currently building my company in the US.

I studied at the University of British Columbia and received my undergraduate degree in Computer Science and Artificial Intelligence. This was a small program when I joined but has since become much larger. I was the first person from my program to pursue a law degree. I went to Harvard Law School for three years and moved to Silicon Valley after graduating. Combining my background in AI and law, I worked as a patent attorney specializing in artificial intelligence patents.

I started at White & Case in patent litigation before switching to patent prosecution. With patent litigation, you’re fighting over patent-related disputes that may occur ten or more years down the road from when the technology was first developed. With patent prosecution, you are drafting and filing patent applications around the latest technology. Through my work, I developed a bird’s eye view over the inventive activity in Silicon Valley, particularly in the fields of software and AI.

Patent attorneys have some of the highest educational requirements in the legal industry. In addition to obtaining a JD and passing a state bar, patent attorneys must also have a technical degree and pass the patent bar. It takes a lot of training for an attorney to accurately describe complex technology and craft patents that offer the maximum amount of legal protection for their client.

But through my work, I found that many aspects of the drafting process can be mechanical and repetitive. I saw an opportunity to use artificial intelligence to automate these processes and help the attorney work more efficiently. With this idea, I left my job in early 2018 to build a software company called PatentPal. I brought on a co-founder, who also left his job to work with me full time. He is also a Harvard graduate, as well as a software engineer with prior experience in drafting patents.

The first stage of this effort is to build a professional drafting tool like Autodesk, Photoshop, or Visual Studio, but specifically for patent attorneys. We envision that 70% of the patent drafting process can be automated using AI. Because patents are mostly billed at a fixed fee, law firms can use software to drastically reduce their costs and increase profits. In addition, attorneys would have more time to focus on higher-value aspects of their work, such as claim drafting, prosecution, and providing strategic counselling to clients.

Currently, over 75% of patents are filed by large companies. But over the long term, as automation lowers the cost of patenting, patents will become accessible to more inventors and entrepreneurs. We expect to see a new wave of inventive activity as more inventors can affordably protect their ideas and place their inventions into the public domain. By augmenting the ability of the attorney to generate work product, law firms can also serve a wider client base.

I am currently working in the US under the E2 treaty investor visa for Canadian entrepreneurs. This visa program is part of the government’s effort to boost job creation and economic growth in the US. There is some uncertainty around how America’s immigration policies will evolve going forward. Recently, there has been a positive trend towards policies that are favorable for retaining top talent to work and build businesses in the US. I have found that people in California have generally been very supportive and pro-immigrant.

The environment in Silicon Valley is the best in the world for what I do. Being next to Stanford and Berkeley, there is an abundance of talent, funding, and business opportunities here that’s unmatched by anywhere else. Being in an environment that is technology-focused, where everywhere you go people are talking about their impossible dreams and their next big idea, is contagious.

For the most part, people still see the US as a land of opportunity where people who put in the work can find social mobility. This is a place where people come with a dream and actually think it’s going to happen. What makes this place magical is its ability to draw the most talented people from around the world and it’s important for America to not lose this.