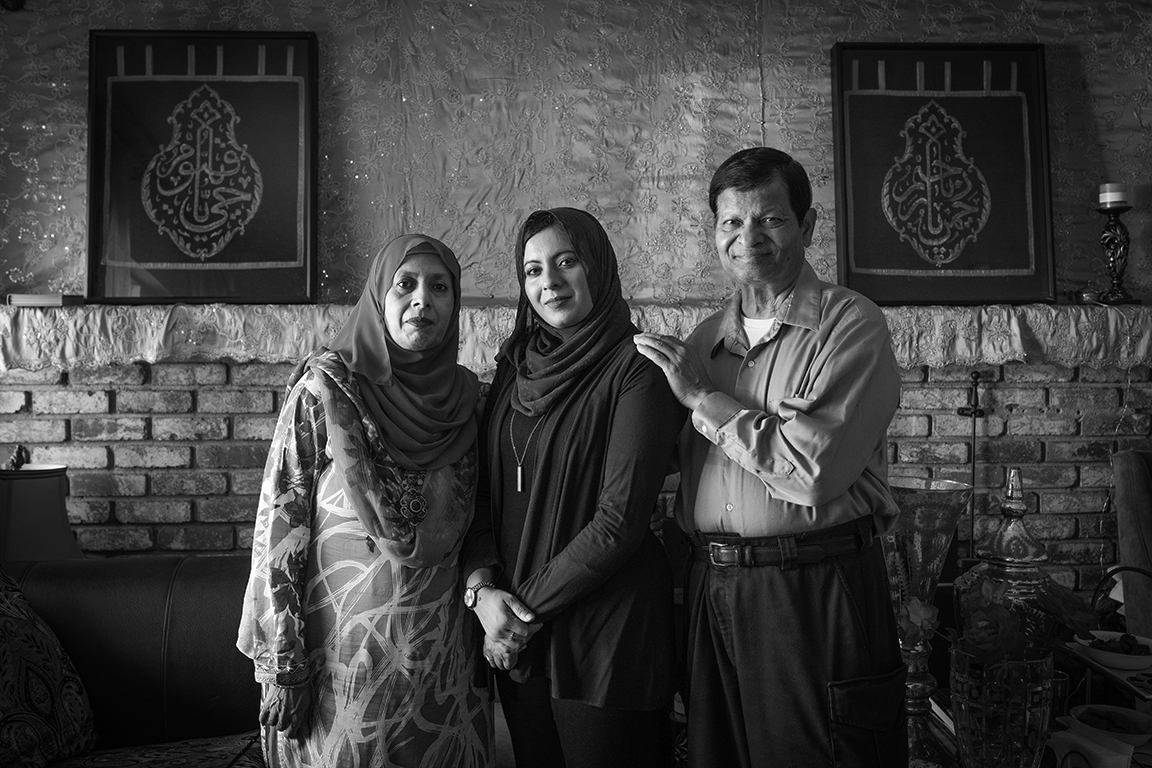 Mohammad Hameed with Nazneen and Saadia

In December 1970, I came here as a student in Chicago. After I finished my two-year college I joined U.S. Air Force. I was stationed at O’Hare Airport with the 126th Air Refueling Wing as part of the Strategic Air Command.

When I joined the air force they expedited my process to become a U.S. citizen. I got my citizenship after joining within one year. Now you have wait for five years and then you apply and it would take another two years to become a citizen. And the cost is $1,000 or something.  When I was in the service, the fees were only $15 and they were waived.

In the services, they don’t discriminate if you did well in the qualification test. All my superiors were Caucasian or African American. We had a diverse group of people working and I never felt any discrimination. I never had any problem in getting any clearances and a job I wanted to do.

We have helped a lot of people since I came to the United States. My main goal was to call as many of our relatives from my family’s side and my wife’s side. We sponsored not only just relatives, friends also. A few months back, we were sitting down and we were calculating how many people we have sponsored and it came out to be 204 relatives. Out of them, we have over 18 medical doctors, one dentist, and at least five PhD’s. This country was built on diverse group of people. They come from all over the world.

We have worked hard and we want our children to work hard. Out of my almost 50 years of driving, I’ve received only one moving violation. Perfect record, never got arrested, none of my kids have broken any laws, they don’t have any problem with the law. We are patriotic and we serve. I’ve served in the government service and every service in critical positions. So we are very glad to be here.

I’m very concerned for my children what will happen to them. I worry they can be deported. Yesterday, I was reading an article online that they’re going to revoke all those people who have become naturalized citizens. I don’t know if it’s going to happen, but they are reviewing how they can take citizenship away from naturalized citizens because they weren’t born here.

We’re living here because we like United States and we’re living here because we want to be here. We don’t want go back, even though we were born and raised in India. All of our children were born here; we have no reason to go back. Here we have so much freedom. We could go anywhere we want, we can do anything we want as long as you don’t violate any law, any policies. We can work as hard as we want. You could earn as much money as you want. We are happy. Personally, I cannot ask for any better life than what we have right now.