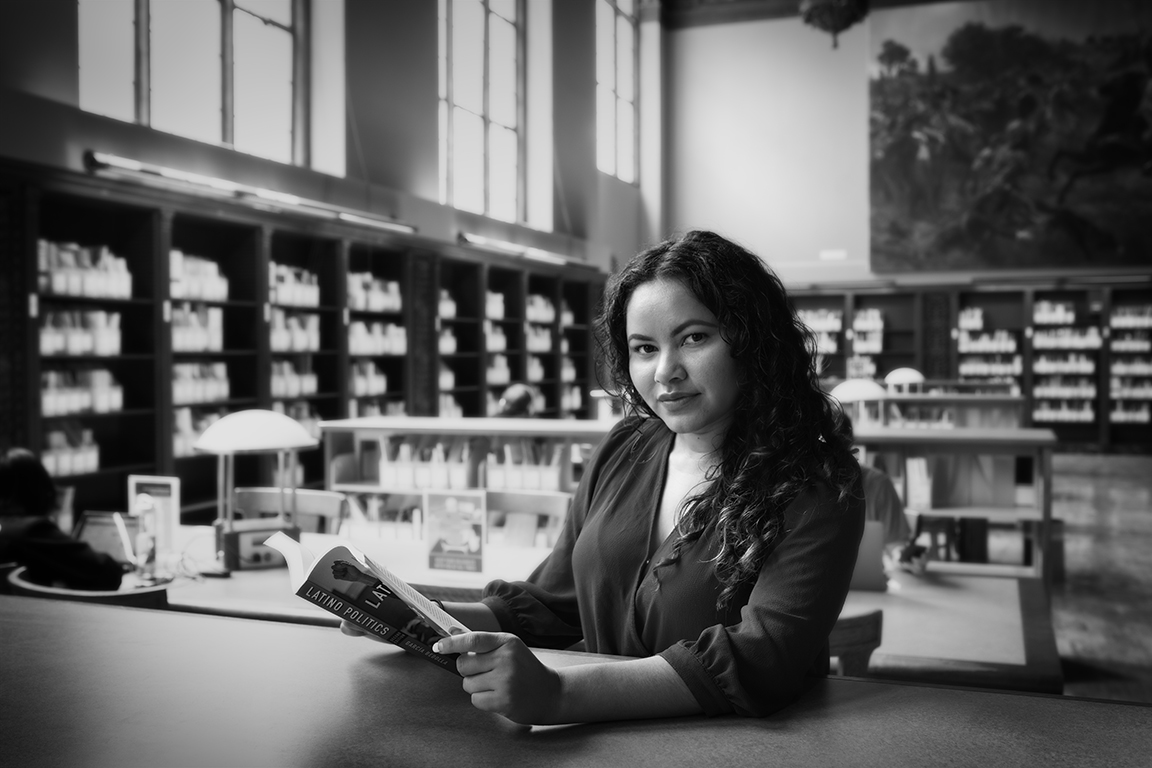 My name is Gisela Moya, I was born in Honduras, San Pedro Sula and arrived at the U.S at 11-years old. Before coming here, I lived in Mexico for eight months. My parents arrived to the U.S first: my dad left Honduras when I was 7, and my mom when I was 9. I was raised by my older sisters.

My parents left for security and economic reasons. My sisters and I came fleeing for our lives after receiving death threats.

I remember telling my friends I was going to the U.S and they didn’t believe me. We left in early January of 2007. That night, I said goodbye to my home, childhood friends, and my sister Raquel, who would not make the journey and whom I have yet to see after 12 years.

The next day, we crossed Guatemala and arrived at Mexico’s southern border. Like many of today’s migrants, we headed toward the Suchiate River, by Guatemala’s Pacific coast.

In Mexico, we stayed in a small town in the Yucatán Peninsula, Felipe Carrillo Puerto, for eight months. We stayed with the same family my parents had stayed with when they crossed. Months later, we moved out of the house because the caregiver mistreated us. After leaving the house, we started living with a friend my sisters and I met through church. There, we slept on the floor on a mat, covered by a mosquito net.

My sisters ensured I attended school, I finished sixth grade in Mexico. I often felt isolated and was bullied for my Honduran accent.

After 8 months, we spent 3 days on the bus to get from Chiapas to Tijuana. Sometimes, the military would get on the bus for inspection, I always acted like I was asleep.

Three days after, we arrived at Tijuana to a nice couple. We lived with them for two weeks. They were so kind to us. Sadly, both of them have died. The wife tried to teach me English, but I wasn’t able to pick it up.

After two weeks there we crossed with a coyote through the main port of entry and got stopped by immigration.

Border Patrol said my accent wasn’t from the state that my id stated. So, we were sent for a second inspection. Once there, I couldn’t understand what the officers were saying. My sister was taken to a separate room for questioning, while I waited with another agent. I remember the agent trying to make me laugh.

I didn’t know what was happening until my sister came back. They transferred us to another checkpoint. My sister was 21 years old and 7-months pregnant. Years later, I requested a Freedom of Information Act (FOIA), it detailed what happened when we got apprehended. The FOIA said, they had already put in the paperwork for me to go to a children’s detention center, but because they were full, and my sister couldn’t be deported through an airplane, they decided not to separate us and paroled us in.

Eventually, we arrived at Ontario, California and saw my parents for the first time. 6 of us started living in a one-bedroom apartment.

This Spring, I graduated from UC Berkeley with a bachelor’s in political science. I transferred from Chaffey College. During high school my counselor told me college was not an option, but I was determined to find a way anyway.

During Chaffey College, I was part of the Puente Program. In that program, I learned about the importance of mentorship, community, and confidence.

I didn’t qualify for DACA by two months. Every year I applied to the scholarships offered at my school because they didn’t ask for citizenship. Thankfully, financial aid does not depend on being eligible for DACA, there are laws like AB 540, California Dream Act, BOGS waiver which help students despite not being eligible for DACA.

I bought my first car through scholarships. On the first two years of community college, I walked more than a mile to get to the bus stop and then ride it for more than an hour to get to school. It only took 15 minutes by car.

Now, I am looking into master’s programs in public policy.

Being Honduran has taken a significant role in my life. I know that most of the kids right now who are being separated are Central Americans and many from Honduras.

Just the fact that I didn’t see my parents for five years affected me significantly. It took me years to tell them I loved them. I had abandonment issues and was mad at them because they weren’t there for me during part of my childhood. At the same time, I felt guilty for resenting them because they gave me a better life.

Two years ago, before coming to Berkeley I told my mom it affected me that to not see her for 3 years and she said, “It affected me as well, I didn’t have any of my daughters.” It made me reflect about my sister in Honduras because she hasn’t seen any of us.

She’s 32 and a school teacher. We’ve been trying to help her apply for a visa, but there’s a lot of hurdles over there. You need to have more than $150,000 in your bank account to make sure that you don’t stay here.

My hope for this country is compassion. I hope that through my story people can see my humanity and of other fellow undocumented.

Always keep in mind that my past is currently someone’s present and the world needs us more than ever. The kids that have died in detention centers deserve leaders who will seek justice and work towards an America that works for all.