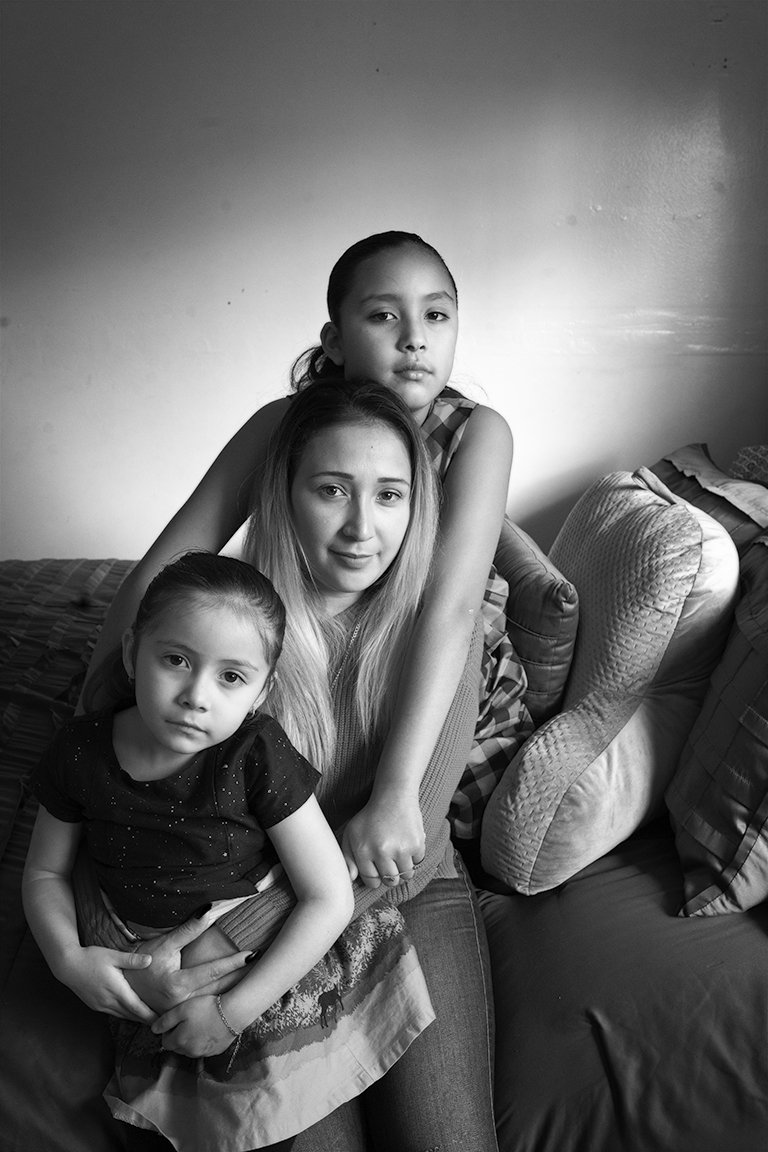 My name is Esmeralda Loya and I am from Michoacan Mexico.

I have been harmed, mistreated and threatened by my ex-boyfriend who is the father of my children.  In the summer of 2012, he began to physically abuse me every day. He chocked me, restrained me, slapped me and covered my mouth with his hand to restrict my breathing. On multiple occasions, I attempted to leave the house to return to my parent’s home, but he physically restrained me. He also took my cellular phone from me, preventing me from calling for help. Eventually, I was able to report the violence I experienced to the police, but they refused to help.

For several years, he raped me almost nightly and he physically hurt me while raping me. I have bruises all over my body. He threatened me to take my daughters away from me and he also threatened to kill me so he could keep the children.

I did manage to escape with my daughters to my parents home but he used the “Rural Force” to threaten me. He is a mechanic for the “Rural Force” which is basically a militia turned cartel in the Michoacan region. I was contacted by the cartel and they warned me not to remove my children from Uruapan, the town where we lived. Shortly after, a black pick-up truck carrying hooded armed men appeared  outside my mother’s home, every night, for 15 nights.  I was afraid that these men would hurt or kidnap me, my mother or my children.

I had reason to fear. In early 2103, a group of men invaded my parent’s home, beat my father with weapons, and kidnaped him. Nobody has heard from my father since that night. My father managed an avocado farm and refused to pay extortion demands prior to his kidnaping. They wanted 50% of his earning; he refused and they killed him.

I asked a judge to have my husband give me a monthly allowance for the girls but he refused the judge’s order and really threatened me. That is when I decided I had to leave and come here. I went to see a lawyer and we went to court so the judge could give me an order for me to be able to leave the country with my daughters. The judge gave me the papers so then I had to fly out of Guadalajara.

When we got to San Diego, we were placed in this one room, they call it “The Fridge” because it was so cold. We only had a carpet on the floor where we slept and they only gave us one blanket. They gave us just two pieces of bread and cheese and a piece of ham, that’s all, and some juice. That’s all we got during the day – bread, juice and water, all day for three days in a row.

After those three days they moved us to Phoenix, to a detention camp for 15 days. We were fine there. We were not mistreated.

I was able to see a lawyer and after two days I was able to get asylum. I came back to California because the person responsible for me here is my mother’s first cousin. I have my court date in 2021.