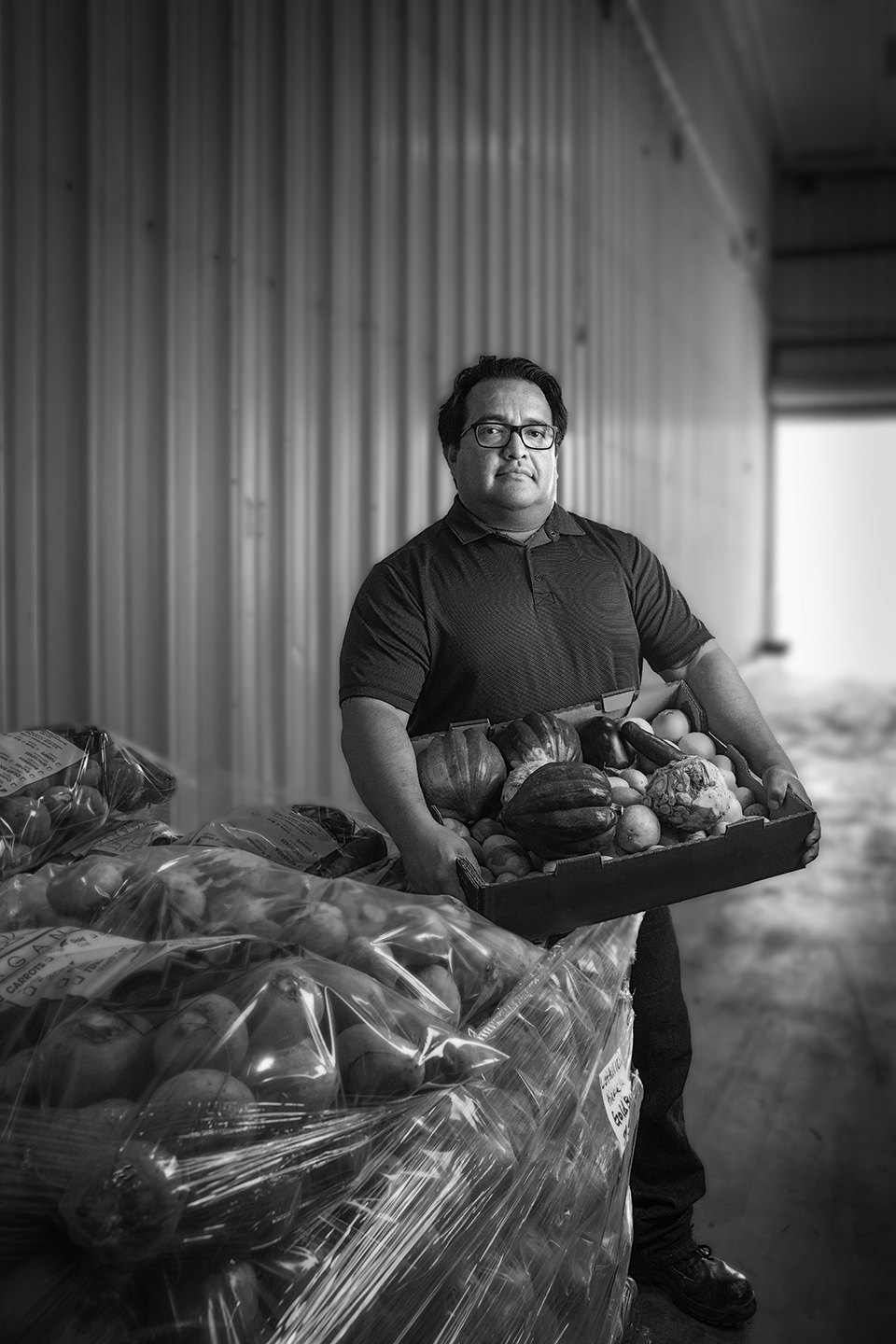 I am Ernesto Soto and I came here from Mexico when I was 10 years old.

School was easy for me. In high school I ranked in the top ten for biology. And I wanted to be a marine biologist, but then with no proper support from my parents and just kind of like what’s the point, I never will be able to go to college. I honestly thought I was going to end up working as a stock boy my whole life. I was just kind of living, bartending and learning other stuff.

Growing up, it took me a good ten years to go from a kid with no possible future to seeing a future. I had a ten-year transition period where I was just trying to find myself. My wife encouraged me to go back to school. When I was 31 I went back and got my B.S. in Business Administration.

Right now. I work with 40 to 50 different organic family farms and I coordinate their crop plans for the year and then I coordinate what they’re bringing to market, check quality, advise on packing the produce properly, all those different things. We give them access to a bigger market. So, it’s a lot of good work that we’re doing because we work with people with half an acre all the way up to hundreds of acres. My work has a lot of purpose.

I contribute by helping promote the local economy. In my current job, I bought a house. I contribute by just trying to be the best citizen I can in terms of being there for my community think working here is my biggest contribution as a citizen because we help create jobs, bring quality food to people.

The industry I am in wouldn’t exist without immigrants; the whole food production is dependent upon immigrants. The work that they do out there is pretty intense, 80, 90-degree weather. It’s hotter when you’re in the middle of the rows because the plant is absorbing and producing heat so it’s hotter in the fields.

The idea that undocumented immigrants take jobs from American or adversely affect their lives is from what I see, a myth. There is no cross section of society in which an undocumented immigrant has ever taken a job from an average working American. No way. I would ask them to prove to me how that person being here actually affected you. And if you can’t, then at least admit that it’s because you’re being racist.  At least admit it.

Growing up, I did always see those little hints of racism. One time in high school I got pulled over. There was APB that went out for a male Latino with a sweatshirt and a shaved head. I was in the football team so I had a shaved head. And the guy pulled me over and just searched through my backpack. I did not meet any of the other criteria they were looking for.

We’re seeing more instances mainly because now we’re all equipped with cameras, we’re all equipped with recording devices of some sort. But at the same time, you can also see there are a lot of people out there that are willing to stand up for people. So. I think it’s one of those that instead of it hiding under the surface than being brought up, as long as you’re willing to stand up against it, I think that’s what matters.

I had an interaction six months ago. Beautiful Sunday morning, we were coming back from spending a night at the Madonna Inn for my brother-in-law’s birthday and I’m crossing the parking lot to go to Starbucks, because I got to have my coffee. Makes me a good American. I love coffee. I’m getting my car key and I hear this car just revving up in the parking lot and I just hear the car revving and I’m like huh! All of a sudden, this car just starts bearing at me at like 40, 50 miles per hour and I’m in my sandals and I kind of just jump out of the way or I was going to get hit by the car. And as the guy passes, he shouts out the Speedy Gonzales like, “¡Epa! ¡Epa! ¡Epa!” I was like huh!

Speedy Gonzales is a derogatory Hispanic slur and ¡Epa! ¡Epa! means move out of the way. And it’s a young kid. He has the audacity — he didn’t think I was going to confront him. So, I waited for him at his parking spot and I’m like, “What were you saying?” “Oh, nothing?” I’m like, “No, say it. I want you to say it. I want you to tell me you don’t like me because I’m Hispanic. I want you to tell me that you think you’re better than me because I’m Hispanic. Tell me.” And he was just like, “No.”

So ever since then I live with constant tension. My wife worries about me because even though I have a mild temper, I don’t like to fight, but I don’t stay quiet. I stand up for myself and I want a dialogue. I say, “Talk to me. Why? Why do you think you’re that way? Why do you feel that way?”

It gives people the permission to be racists and hostile but it also forces people to also find the cure for it. I think there are more people willing to stand up and do the right thing.