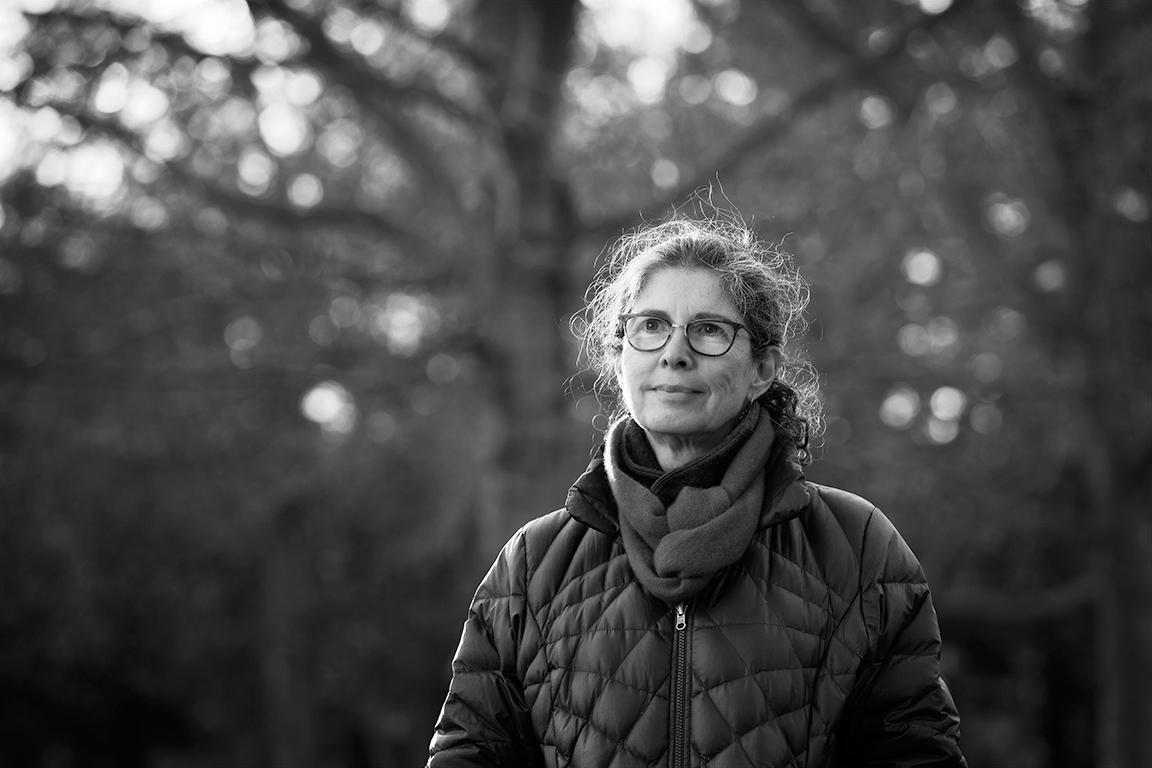 My name is Elizabeth Caplun. I was born in Brazil, in Rio de Janeiro. But I grew up in France and Belgium, and for the last 30 years, I’ve been in the United States. If you really ask me where I’m from, I think my home country would be Belgium. I grew up there, went to school and spent the most formative years in Belgium.

It was a love story that motivated me to come to the US. The most important thing is that what kept me here was the love for the landscape and the space. I came here to enjoy nature. I discovered the Eastern Sierras. I spent the first ten years over there. Regardless of the difficulties I knew this is where I needed to be, where I wanted to be.

I work at Stanford. I do administration, compliance, and ethics  for research that has to do with human subjects, like for clinical trials or animal subjects or stem cells. All of these areas are subject to voluminous regulations and ethical principles and my office is charge of applying all of that.

I feel betrayed by some of the politics in our country. When Trump was elected I suddenly realized that the country that I consciously adopted as mine had values that were so different than my own. That was the betrayal. Intellectually, I can understand, I can analyze, but the fact that what was exposed by the elections was callousness and cruelty to people, to the environment and that was a shock. Maybe naive, but it was a shock.

I’ve been the recipient of racist comments, not just in America. I remember one instance that was very disturbing when I went to Northern Germany and had the opportunity, so to speak, of spending some time in a real pro-Nazi family.

The more I was putting forth arguments against all of this, the more the person in front of me was telling me, “Well, you’re not a Jew because if you were a Jew, you would not be the kind of person you are.” Basically, they were totally negating my own identity. Because rather than change their own mind about how stupid or cruel their position was, they much preferred to annihilate who I was.

I realize that the issues that are surfacing right now have been underground for a long time. The difference to me is not that the people have changed so much in the course of two or three years, is that previously our presidents were embodying some kind of decency and that veneer is gone. That allows people to actually express what maybe was brewing, maybe what they were thinking but they were not acting on it and now people are acting on it, again, not just here, but in other countries as well.

Inequalities are, I think, economic harsh realities of part of that. Nobody wants to be left behind and the kind of development that we’ve had in the past 15, 20 years have left a lot of people behind and there’s a lot of anger. I don’t know that we can change everything just because of an election. I think there will need to be some really deep changes to move forward again.

America, on the other side of all of this politics, is a country where I personally found myself much and in some ways blossomed here than in a way that I felt too restricted and too restrained in Belgium. I think there is a can-do attitude that I like. There is immediacy in relationship that I find refreshing. Then there’s the beauty. This is not the only place that is beautiful, but I found a place where I feel at home and it is particularly beautiful, so that helps.

Here in America, I found ways of being involved in human rights and environmental issues. I have supported science and education all my life. When I was in Bishop, I was very involved with the domestic violence program, with adult education and things like that. I hope I use some of my abilities to contribute that way.