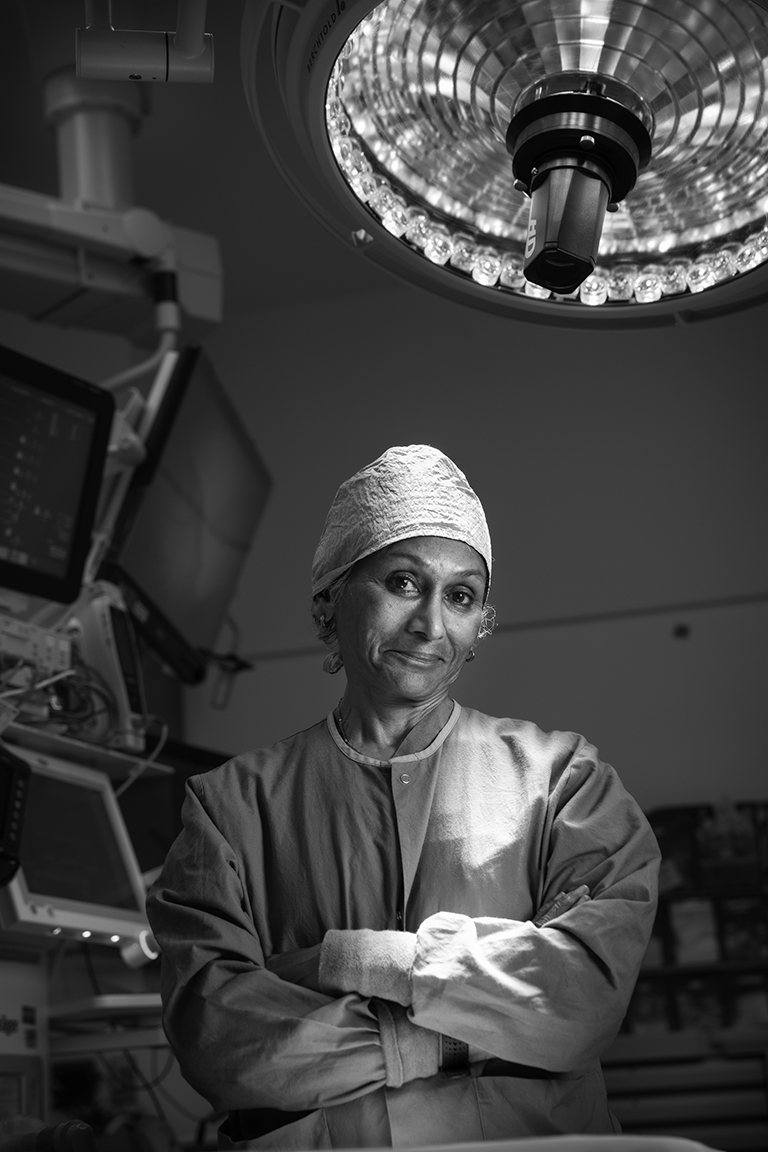 My name is Chandra Ramamoorthy. I came to the United State in March of 1986.  I was born in Southern India and raised in Northern India in the state of Rajasthan. It was my dream to come to the United States since I was about eight years old. I was in second grade and we were reading about Abraham Lincoln. It struck a chord in me that an individual from such humble beginnings could become the president of a country. The lesson that I took away was if you worked really hard, you could be anything in the United States. Whereas in India, I felt that you need to have a lot of money to be somebody.

I came from a very middle-class family. My father worked for the Indian government. We were comfortable, but there was never any money to spare. I had no idea how I was ever going to get out of India. By the time I grew up, economically, we had slid more because my father died when I was still in med school. I finished med school through scholarships.

There’s a lot of exams to write if you’re a physician if you want to come to America. I did all those and I came to America because at that time, I quite strongly believed that if you worked hard, things would work out and that you’d be recognized for your effort. To be honest that has worked for me and I have been very, very fortunate. I would say that I’m one of those people who has gotten to live the American Dream. But it’s just now within the last few years, I’ve started to feel that this is not the America that I came to. And I’ve come full circle because I am seeing all the things here that I disliked about being in India, at least more overtly. I see people just make snap judgments based on how you look. The thing that bothered me a lot growing up in India was this vast gap between the haves and have-nots, and I’m seeing that here now

I’m a pediatric cardiac anesthesiologist and there are probably about 150 of us in this country. And even worldwide, there aren’t more than 300-400 of us who do this. So, I am very specialized and I love what I do. I take my talents internationally to help other children. But somehow I sort of feel like this country has changed so much, and that I could walk down the street and have a bad experience based on how I look; such thoughts never crossed my mind before.

A year ago, I was in Tahoe skiing and I was holding a spot in line for a couple of my friends, who were picking up some groceries. This woman just pushed past me and I said, “Hi, I see my friends heading over. Do you mind if I go ahead and pay?” She responded, “Maybe this is how you do things in your country, but we don’t do that here.”

I was just absolutely flabbergasted. I did want tell her that, actually, this is my country and I pay taxes here. Others who heard it in the line and the teller were a little bit shocked but what can you do if there’s somebody being this rude. It just really made me think that there are a lot of very ugly people who make snap judgements based on looks.

A few months later, in my own neighborhood, I was actually sort of dressed very scruffily. I was driving home from the gym and a cop followed me home. I pulled into my driveway, and she pulled up right next door to watch what I did and then left. I almost wanted to ask her, “Hi officer, do you have any questions? I actually live in this house.” It was almost like she thought I was an illegal immigrant or maybe someone’s housekeeper driving around, and she was going to get me? I don’t know. Maybe I was just being paranoid. I have never felt this insecure about being in America because I can speak the language fluently. I may have an accent, but I think I can get across what I’m trying to say pretty well and as a medical professional I have been invited to speak at several national medical panels.

I think a lot of this is very color based.  If you’re white and here illegally, you’re not going to get pulled over. But I will, just because of how I look. I think that’s really unfortunate. We are just going the way of many of the other countries, and that’s not what this country was built on. Or was it?

Yes, there is a lot of unhappiness in the mid-west because they don’t have good jobs, but it didn’t happen because the immigrants took away the jobs. I sometimes feel that people should see what would happen if we did deport everyone who came here illegally. Let’s all go to the farms and pick our own food, then see how much we would pay for food. When you pay $8 for one piece of avocado, then you understand that we need these people here.

Perhaps many of us who have made it here have been too complacent. We didn’t take part in major debates on how to solve some of these controversial issues. Because after all, we deserve the government we get and by not participating aggressively and therefore, letting the other side become so dominant. And I think that’s been the failure of those of us who thought that this should be a tolerant society. I honestly thought that these are little things that it will blow over.  Now I’m not even sure of that. We’re re-creating Germany here when the Nazis came to power.

Extremism bothers me. Demonizing people is wrong. You’ll have bad eggs everywhere, it’s not as if there was no crime in America before we had “illegal” immigrants. There is always crime. Look at all the syndicates we had here at the turn of the last century.

Even people who come here as immigrants don’t want more immigrants here. But why is it okay for them to come, but not for the next generation of immigrants? If we had a system like Europe had in the past with some kind of work permit, we might not have these issues. But driving them underground never solves the problem.

Some of these things are a bit emotional for me because after being here for 30 years, I’m reliving many of the things that I didn’t want to. It’s almost like I want to bury my head in the sand. I try to do my best with whoever I interact with. I make it a point to make eye contact with the people who clean the operating rooms. I know their names and I try to know a little bit about their background.

It takes a lot to get here-perseverance, time and money. And even though I came here as a physician, the first few years were not easy. I came to a place like Detroit where there’s not only the white on black racism, there’s black on brown racism. I cut people slack because there’s lack of education and or awareness. But to have people in the highest office in the country so prejudiced is dangerous for the future of this country. Perhaps truth shall eventually prevail.