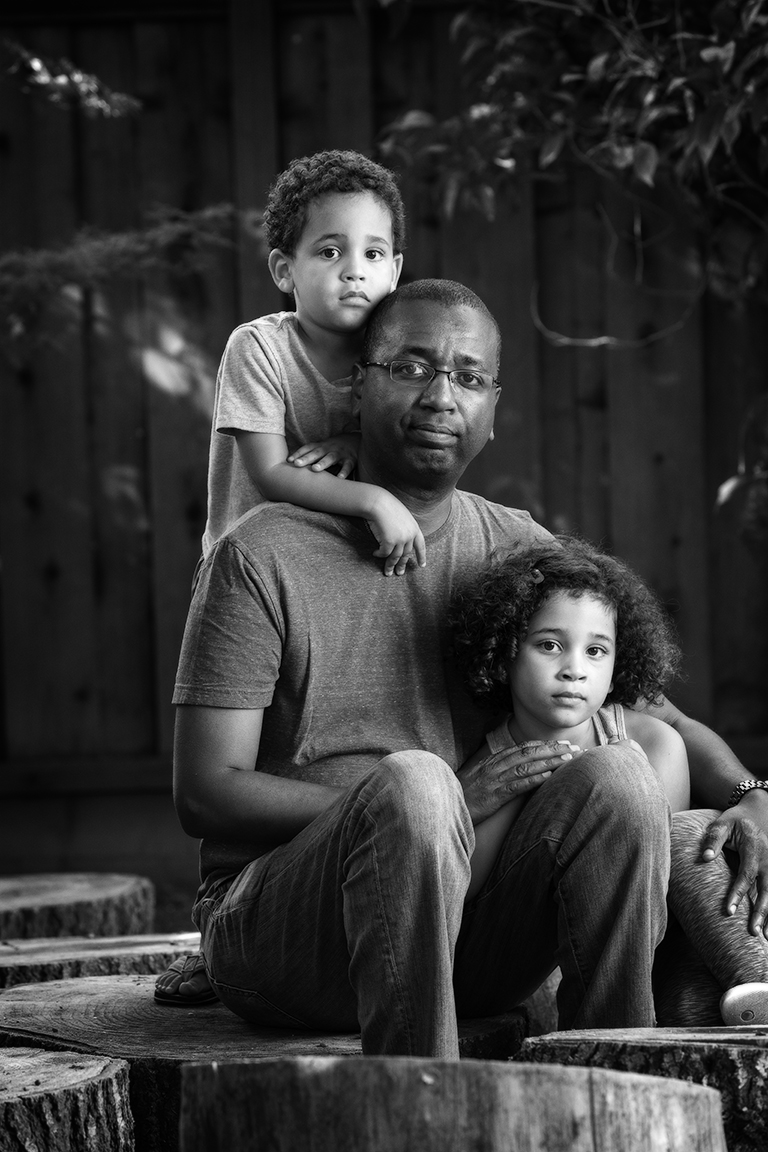 My name is Burhan Haile. I was born in Libya and around fifth grade or so my dad felt like the situation in Libya was getting worse and we left. We weren’t citizens in Libya, we were from Eritrea. We decided to come to the United States. We went through Italy. We were at the embassy quite a bit in Rome, the US embassy, and we applied under refugee status because at that point Eritrea was not independent. At the same time, Eritrea was in the middle of a war with Ethiopia for its independence. After we got our paperwork completed, we came to California. And so and I started seventh grade here in the US.

I’ve been a citizen since 1993. The current immigration policies don’t affect me, but there’s always that concern that they could.  We went through a lawyer and all that to get it all situated. Plus we came in through a sponsor who was an engineer like my dad’s boss, who worked for an American oil company in Houston.

Currently I work at a software start-up company. Here in the US technology has evolved in large part due to the entrepreneurship of immigrants coming in. When you look at all these companies and the people who have influenced or built new products, a lot of them have come from immigrant families.  America has always been a place where you come to find freedom from your land of pain or intolerance. It’s always been that place to go and I hope that continues to be the case.

When I see kids being pulled from their families for administrative reasons, not necessarily humane reasons – I guess our moral standing in the world is at risk. I think where we are and how we treat people reflect poorly on us. We’ve had our mistakes in the past history, severe mistakes, and we’re by no means the shiny example of how to treat people, considering the racism we’ve had in our history, but to see how it’s displayed now makes it hard to take ownership of this. So I’m really concerned about the perception of the country, how we’re treating people coming to this country and it’s shifting the country into an unbalanced state.  I hope this is a time for us to reflect and swing the pendulum back in a sharp way.

In the US somebody like me can become who they want to be. I think that’s always been the American dream. I think it’s very difficult to do that in many other countries. Other countries have that possibility, but it’s very challenging.

And that’s what I love about America, the ability for upward mobility. That you could come here, find a job and your family can live here. And not feel like you have to live on the edges of society, you can integrate and be accepted.

And that’s pretty special and that we have to keep pulling onto that dream. We may not get there all the way, but as long as we strive for that, and if we hit the mark close to that, we would be in a good spot.

I think the other thing is also the culture that I have in me that I bring in to the States. I think that as we learn to celebrate others, like we’re not all the same people, we’re all humans, we all have feelings, we all have thoughts, but having a different culture in play allows a country – which is why I think America exists with so many cultures – it allows the country to continue to grow. I’m one of millions of people who have come in with different cultures. Whether you’re Honduran, Nicaraguan, Eritrean, you’re French, Chinese, you are infusing that perspective and that culture in and so it lends itself to be a greater house. America can build a stronger home.

I think it’s important for people to know why immigrants come here. Because it’s very easy to be in America and not realize how much people want to come to America. My dad had a pretty incredible story and persevered trough many difficulties.  I’m a living example of the barriers in life that he struggled through. The result is that I am a contributing member to society. I am a parent that will raise kids with good moral standings and be contributing members to the society. I think one of the things that help people to break past policies is an individual story because when you know somebody, it changes perspective.