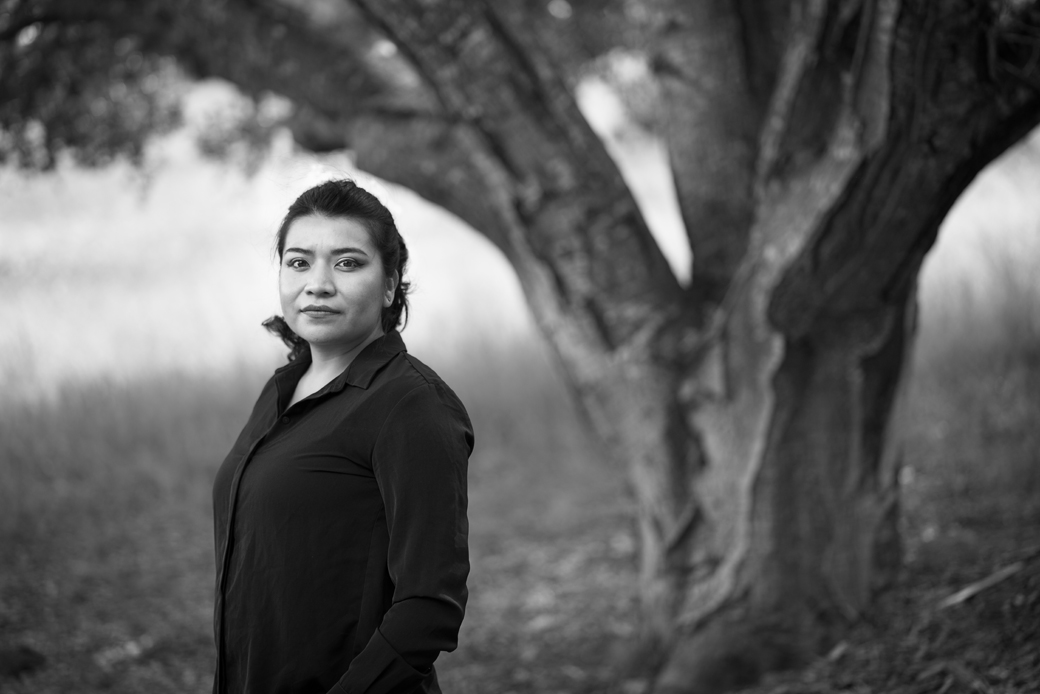 My parents brought me to the U.S. when I was four years old. I was born in Mexico City and at the age of one, they decided to leave me with my paternal grandmother as a way to allow them the opportunity to figure out what the situation was here before they brought me. It was still a little bit easier to do than it is now. They hired a coyote and he guided them across the desert.

A few years later, they came back to get me so we could be together. I don’t remember much of it because I was very young, but they tell me that it wasn’t as difficult and they tried to find a way that was not going to affect me as much. My mom had a half-sister here who worked at the Johnson’s Oyster Company and that’s how they ended up in Point Reyes.

Education was something that I always took very seriously. It was very important to me. The value of education was instilled in me by my parents. The reason they came here was to provide a better education and opportunities that I wouldn’t have had back in Mexico.

I think I became more aware of my undocumented status in fifth grade just because it was something that my parents and I talked about. They said you don’t disclose that, you don’t want to bring attention to yourself. And it was like that throughout high school.

Once I understood what it meant to go to school here in sixth grade — the importance of grades and the importance of getting feedback from your teachers and reading and expanding my vocabulary — that’s when I started pushing myself to excelling academically. It was information that I didn’t get directly from my parents because they didn’t have a high school or college education. Nevertheless, they wanted me to go as far as I could because they understood that I would have better job opportunities.

I would seek help from my high school counselor in guiding me, but he wasn’t supportive. Even if he didn’t identify that in me that I was going to go to college, I was doing it for myself and to prove those who doubted me wrong.

I enrolled in a college access program called 10,000 Degrees. Back then it was called Marin Education Fund. They helped first-generation, low-income students understand the college entrance process, financial aid, and all of that information that I didn’t have.

Senior year, fortunately, I passed a college entrance exam and decided to go to the Santa Rosa Junior College because I still didn’t know what I wanted to do. One of my early mentors was my uncle who had gotten his BA in Spanish from Sonoma State and he recommended me to go to the JC, which was the best thing that happened to me. After two years I transferred to Sonoma State University.

I couldn’t apply for FAFSA, the national financial aid support, because I didn’t have a Social Security Number. And back in 2007, there was no such thing as the California Dream Act, which is the state financial aid for undocumented students. And most scholarships asked for a Social Security Number or US citizenship. Fortunately, my community provided a lot of financial support through the different nonprofits or different local organizations. So, I was able to receive $14,000 to go to the JC because I was interested in teaching at that time. I just hustled in a different way and my focus was private scholarships and applying to as many as I could.

After I graduated, I was looking into Sonoma State teaching credential program. That’s when they told me they discourage people like me from applying because at that point it was 2011 or 2010 and I couldn’t provide them with my finger printing or background check. I understood where they were coming from, but it was still devastating. My mom told me, “I wish I could help you, but I don’t know how. Just keep going.”

From 2011 to 2012 I worked under the table, as a nanny and helped my mom clean houses. Then DACA happened in 2012, which granted me the Social Security Number and temporary worker’s permit I needed to continue my professional development.

I worked for a nonprofit for three years— the same nonprofit that gave me that information of how to get into college, 10,000 Degrees — and then from there I went to Sonoma State to work as an Academic advisor for the School of Science and Technology. Someone gave me that opportunity, even though I didn’t have the STEM background. They saw something in me and knew that I could learn the technical things on the job. The position was more about helping students get into their classes.

It was after I had obtained my BA in sociology that I decided to take a sewing class just for fun. My mom always wanted me to be as skilled as I could in different ways. My teacher at the time offered me the opportunity to go to Massachusetts on a tour. It was spring 2012 that I signed up for the opportunity and went. That was the first time that I set foot in Boston, and toured Harvard University. That was my first time learning about Harvard; prior to that, I didn’t know what it meant.

I came back two years later for a conference at Harvard and then I learned more about the work of Dr. Roberto Gonzales who is the leading expert on undocumented issues. I actually cited him on my undergraduate research project at Sonoma State.

My research project was on American Dreams. I was analyzing the motivations that undocumented students had to get their education, regardless of not knowing if they would be able to work professionally or not.

I learnt more about Harvard and applied this past fall. Working at Sonoma State as an Academic Advisor confirmed that I wanted to continue working in a university setting. I’m aspiring to be a vice president of student affairs or a president of a university one day.

Most recently, I worked for Immigrants Rising as a Higher Education Specialist, training college educators on how to support their undocumented students. When I talked to the Office of Student Affairs professional at Harvard, they said “I want you to do what you were doing there”. They don’t have as many students, but they have a lot of educators.

Harvard was my dream school; it was like shooting for the stars. And I applied and was accepted. At this point, I was looking for PhD programs because I wanted to be in a school program that would keep me productive and safe while #45 is still in office.

I was awarded a $35,000 scholarship. It’s a $75,000 program. I was also granted an internship to work as the undocumented student support for Harvard, where I will be training future teachers on how to support undocumented students. My plan, as of right now, is to reapply this fall to hopefully be in a PhD program in the upcoming fall.

It was the support of my community and other friends of mine who are doing great things out there that inspired me to shoot that far. It’s been a work in progress, and everything that I’ve done wasn’t planned. DACA was a blessing, but it’s also a reminder that it’s not the solution. It’s a band aid to a bigger issue. I’m just one of 800,000 beneficiaries and one of eleven million undocumented people. That includes people that might not be out there doing the kind of work I am doing, but are making a difference in their communities nonetheless.

We are all immigrants, except for the indigenous people of this land. This nation was built on immigrants. History repeats itself and we just happen to be the latest group that is being targeted. And I ask you to not just see me as my accomplishments, but me as a human and how much more I could give if I was provided an opportunity to become a legal US citizen.