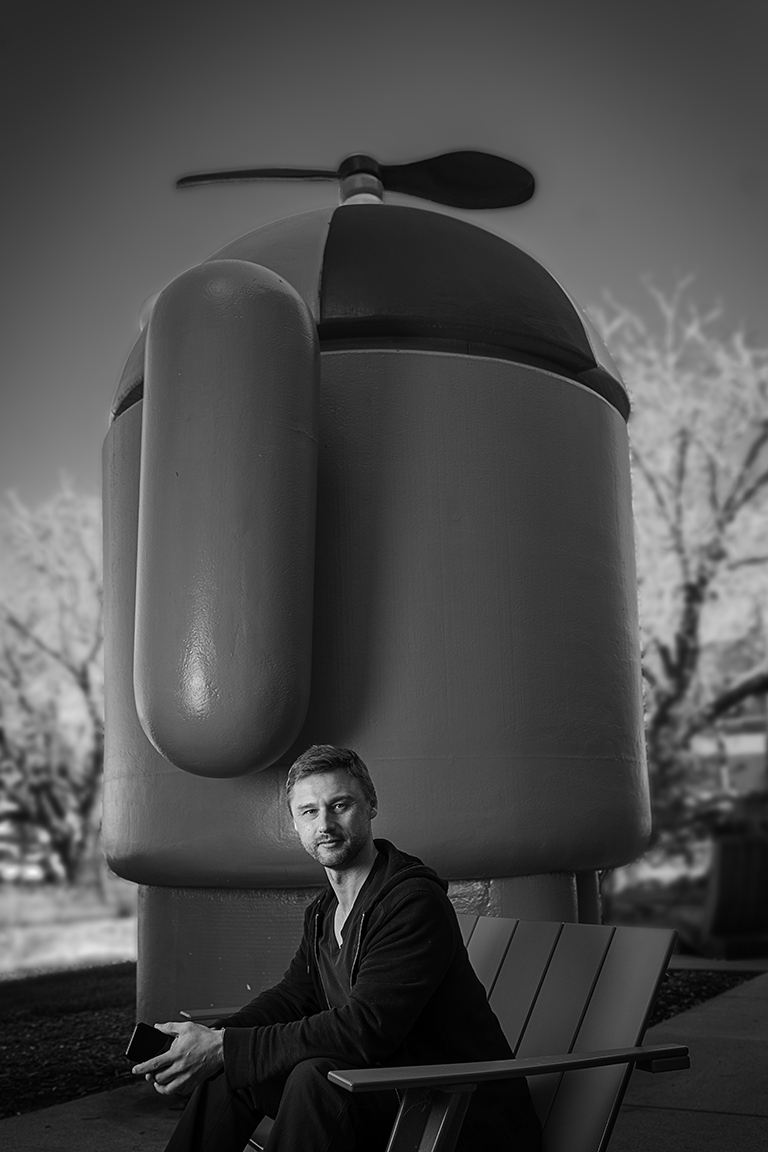 My name is Andrey Doronichev. I’m from Moscow, Russia.

Since I was a kid I was fond of computers. There was not much else to do in the neighborhood where I grew up. It was unsafe to hang out in the street. So instead, I got into computers really early. I think, I first learned about the Internet, in 1994. It quickly became my main way of connecting with the world. I was blown away by the idea of liberating information. Since then it’s become my mission. You see, I came from the society where access to information has always been tightly controlled by government.

I was pretty good at math and programming at school. This helped me to find a part time job as a system administrator at the age of 15. My family didn’t have much money, so had to work to help pay our bills all the way through college. By the time I graduated, I started my first  company. We started building mobile apps for those first, early generation phones. It fit well within my personal mission of liberating information. We were making information accessible on mobile. And for millions Russians back then, mobile was the only way to access Internet.

My first time out of Russia I went abroad to London for a tech conference and I was blown away. The people I met there were working on similar things to us, but the way they approached them were very different from what I observed back home. Russia at the time was mostly about “let’s make as much money as we can, as quickly as possible”. In London, I got exposed to a different way of thinking. Business people who were driven by a mission, a sense of purpose, rather than just pursuing maximization of profit. That was new to me. And I loved it. I wanted to start thinking this way too.

That’s when I decided that I needed to leave Russia. I was 23. I had a successful tech business that kept growing. I’d just got married and we were expecting our daughter  I thought, there was a good time for us to make a change, because once we had a kid, it would be much harder to move around. So I sold my shares, packed up our car and drove West on  Christmas Eve 2006.

We first moved to Prague. We spent a year there, started another company. But it didn’t go very far. What i learned from that experience was that I can start another business in  Western Europe, but it will not be any better than the one I had in Russia. I wasn’t getting the knowledge I needed. I could use some mentorship. That is when I read a book about Google and once again my mind went “boom”. I was like “oh my God this is it!”.

First, their mission is so well aligned with mine – making information more accessible and useful!. And second, it was exactly the kind of company I always wanted to build!  An engineering-centric, purpose-driven, collaborative, non-hierarchical, global and all about the internet. All the things I cared about were right there.

I got an offer from Google in Dublin, Ireland. I spent two years there and then three more years in London before coming to States in 2012.

When I joined Google in 2007, most people didn’t care about mobile. Most people in the US had a computer and a broadband connection. And they naturally assumed the rest of the world is like this too. Why would you want internet on your small and slow phone? Who would watch video on the phone when you can open your laptop? And I would say, “Hey guys, there’s this part of the world where there are no laptops. You got to do it. This is the way billions of people will access Internet.”

You have an iPhone. Do you use YouTube app on your iPhone? I was in charge of creating this app. I lead the team that launched this app and helped to grow it into one of the biggest apps ever. It wasn’t there when I showed up. I convinved everyone it’s a good idea. Got it funded. And delivered.

It had a huge impact on  global society. At this point, I don’t know the actual number, but it’s billions of users who have the app, and many of them use it daily. It is generating, of course, enormous revenues and tax dollars as a result. I’m pretty sure it contributes to this economy quite positively. That’s one of the products that I worked on that probably wouldn’t have existed without me.

My point here is my diverse background from different part of the world contributed a critical piece of knowledge that fueled innovation that caused a major breakthrough here in the US. YouTube is an undeniable phenomenon. This app happened thanks to immigrants like me. Guys from India, China, Argentina and Romania who were on the team.  I think this is a very good example of diverse background fueling innovation.

In my opinion, the current immigration policies make our work harder. Companies like Google and Apple and Facebook require a lot of talented engineers, designers and product managers to create their magic. You really want to get them from wherever you can. There is such crazy competition for talent here in the Valley. If we can find a person anywhere in the world, we want them to come here to innovate. I feel there’s huge opportunity for tech industry growth here and creating barriers for those people’s entry really slows it down.

There are so many things I love about the US. Here’s one. I love how in America and immigrant can become a full member of the society. I lived in three countries outside of my birthplace before coming here: Czech Republic, Ireland, and UK. I loved each one of those places, really truly. But everywhere, I knew, I was always gonna stay a stranger, a foreigner. One can never become a British, one can never become a Czech. It’s different in America. You step through the immigration and you are immediately seen as sort of half-local. You’re treated this way by people around you. They ask you who you are, where you’re from, they hear your accent, but they kind of assume you’re already one of them. You’re already a member of this society. There is no other place on earth where I felt this way. Despite all the troubles, despite all the immigration laws and what not, this is a fundamental part of this country’s DNA. It is the way I experienced it. I’m super grateful. I loved this part about America very much.

I admire Americans for their  strong tendency to self-organize. That’s another magical thing. You kind of can count on people not to expect other people to command them. If they need to get stuff done, like a bunch of parents in a camping trip, they just self-organize. Wow! Great.

Also, I think the entrepreneurial spirit here is special. Nowhere else I’ve seen so many people willing to hustle and not afraid to start from scratch. Not afraid to take responsibility. That’s pretty incredible. I admire that.